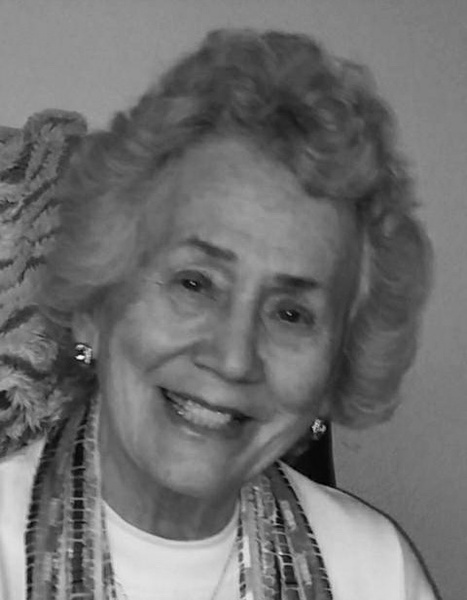 Billie Joan Hapgood Harper, 89, formerly of Rockville, MD and Inwood, WV, passed away on August 1, 2021 in Autumn Lake Healthcare at Ballenger Creek in Frederick, Maryland.  She was the loving wife to the late Billy E. Harper.  Born on March 31, 1932 in McPherson, Kansas, she was a daughter of the late Harold and Katherine Hapgood.

She was a graduate of Parsons High School.  In 1951, Billie was united in marriage to the late Perry Smith in Parsons, Kansas.  Into this marriage, two children were born. After this marriage ended, she married Billy E. Harper on March 13, 1954 in Mountain View, California. Together, they had five children.

Billie started her working career as a telephone operator in California, and then lived as a Navy wife for 30 years. This meant extensive travel and moving, including a relocation to Europe for 4 years. Returning from France, the family moved back to California and then to Virginia Beach for a few years before finally settling in Rockville, Maryland. After moving from the West Coast, her career reached beyond housewife. She worked for W. Bell & Co as a phone operator as well as a telephone billing specialist at the Department of Energy, before her retirement.

After retirement, she and Bill decided they wanted a quieter life and settled in West Virginia. Billie enjoyed golfing, bowling, and attending her kids sporting events.  She was an active member of the Red Hats Club and loved playing Bunco with her West Virginia “Bunco Babes.” She also gave of herself during the Korean War, as she volunteered as a gray lady in the hospital, worked at the USO and participated in several Navy wives’ organizations.  Later in life, she was an active volunteer for Hospice of the Panhandle in West Virginia. Above all, she enjoyed her family, her grandchildren and great-grandchildren most of all.

She is preceded in death by her husband Billy, her parents, her daughter Kimera Ann Horridge of Rockville, Maryland, and sisters Shirley Aurell and Tanya Lapenski both from Kansas.

In lieu of flowers, the family would like donations made in her memory to the Alzheimer’s Association or your local humane society.

The family wishes to extend their sincere thanks to Kerrie, Heather and the many nurses and staff at the Ballenger Center/Autumn Lake for the excellent care and love showed to our mother during a very difficult time.

To order memorial trees or send flowers to the family in memory of Billie Harper, please visit our flower store.