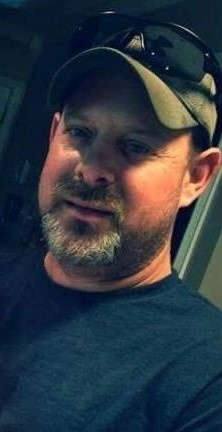 Born on March 19, 1966, he was the son of Grant Delmage Warner Jr. and Carole Jean (Smith) Warner. Brett worked for more than 35 years for Aggregate Industries as a Heavy Equipment Master Mechanic. But work was more to Brett than a job, it was his passion. He enjoyed his work and took great pride in every job; he was well respected in the industry and among his co-workers.

Brett was a father like no other, he worked hard to instill good hardworking morals and traits in his children, but as loving fathers do, he was always there to love and support them.

In his younger years, he enjoyed coaching sports, any youth sport he could get involved with. He enjoyed coaching basketball, soccer, football and baseball. He took any chance he could to give back and was an avid donor to the Wounded Warrior Project and St. Jude’s and never looked for credit or recognition. He was also a member for more than 20 years at the YMCA by TJ.

The family will receive friends from 10-11am on Monday, July 26, 2021 at Stauffer Funeral Home, 1621 Opossumtown Pike, Frederick. A Celebration of Life will begin at 11am. Interment will follow in Mount Olivet Cemetery.

The family would like to express their thanks for the outpouring of love and support during this difficult time. They would also like express their appreciation to the Stauffer Family and the funeral home staff for the support their support and guidance throughout this process.

Memorial donations may be made to the Wounded Warrior Project or to St. Jude’s Children’s Hospital.

To order memorial trees or send flowers to the family in memory of Brett Warner, please visit our flower store.