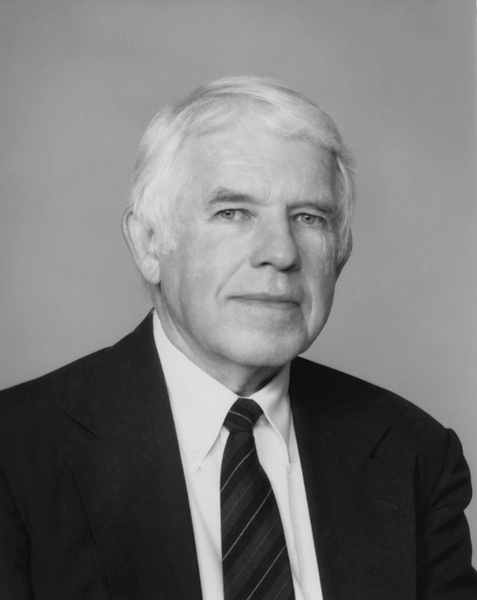 George Bernard Callan, Jr., 88, of Frederick, MD passed away in his home on Thursday, February 13, 2020. He passed peacefully in his sleep. Bernie was active up to his last day between his historic preservation work, circus model building and the day-to-day oversight of managing the commercial/residential property on West Patrick Street. Bernie was born at Frederick Memorial Hospital on August 6, 1931, to George B. Callan, Sr. and Dorcas (Golladay) Callan, who pre-deceased him.

He was a member of St. John the Evangelist Roman Catholic Church in Frederick MD his entire life. Bernie graduated from Frederick High School, class of 1948, and Mount St Mary’s College with a degree in Business Administration in 1952. He enlisted in the Army in 1952, during the Korean Conflict. Throughout high school, college, the Army and beyond, he entertained people as a magician. In 1953, Bernie married Margaret (Marge) C, Houck. Together they had 8 children. In addition, he and Marge co-founded the St. John School Band. In order to fund the band and purchase uniforms, they held “Buck Night” dances consisting of a live dance band comprised of Bernie on drums, Marge on organ, family members, the school band directors and other talented community musicians. Music was a large part of both their lives, Bernie played drums through his early life, into the Army and after.

Bernie is survived by George B. Callan III (Jill) of Brunswick, MD; Edward Callan (fiancée Gimsin Taylor) of Frederick, MD; Kerry Callan (M. Philip Iverson) of Frederick, MD; Richard Callan (Laryssa) of Braddock Heights, MD; David Callan (Patricia) of Exton, PA; John Callan (Denise) of Middletown, MD; Susan Callan Hardey (Daniel) of Frederick, MD; and Margaret “Peggy” Callan Frazier (Stuart) of Frederick, MD. He is also survived by 19 grandchildren and seven great-grandchildren. Marge passed away in 2016. After leaving the Army, Bernie went to work for his father at Callan & Cramer Auto Parts, Inc, a successful local business founded by his father and Harry Cramer. Upon his father’s retirement he succeeded him as President of Callan & Cramer, becoming a prominent local businessman in his own right, keeping the business running for 5 decades. Related to his business life, Bernie was a board member and past President of both the Frederick City and Frederick County Chambers of Commerce, and board member and past President of the Chesapeake Automotive Wholesalers Association. He was also active as a board member of the Frederick County National Bank and then later BB&T Bank.

In his later years, Bernie was active as part of the Circus Model Builders, Leonard Aylesworth Ring. Throughout Bernie’s adult life he hand-crafted authentic scaled circus wagons, circus people and town street scenes for a 1931 diorama - the year of his birth, a 1901 diorama - the year of his parents’ births, and a 1947 diorama - the year of Charity’s birth. He was an active Master Docent at Schifferstadt, sharing the history of Frederick’s German settlers and heritage. He was also recognized as a Master Docent for the Hallowed Grounds, related to Civil War history. Over his career, Bernie not only lobbied local government, but also the Maryland General Assembly for historic preservation districting and funds. He helped to pass several House Bills and Chapter Acts by the General Assembly. In addition, he testified before the U.S. Senate for funding support and tax breaks for historic preservation. Bernie provided expertise to multiple towns on establishing their own historic districts and how to lobby for government funds, across the continental United States and Puerto Rico. Bernie received multiple awards over his lifetime for his undying commitment and service to historic preservation, including recognition from the Tourism Council of Frederick County, the George T. Harrison Award from Preservation Maryland, the Frederick County Landmarks Foundation, the City of Frederick, Historic Preservation in Frederick County, the Governor of Maryland’s Citation of Recognition from Frederick County’s Local Advisory Council for Career and Technology Education.

He also received awards of recognition from several small towns across America for his guidance and assistance in establishing their historic districts. Bernie received the prestigious Historic Preservation Medal from the National Society of the Daughters of the American Revolution. In the Fall of 2019, he received the Award of Recognition for preservation efforts and dedication from the Frederick County Landmarks Foundation. He recently co-authored, with M. Bowman-Kruhm, a short book titled Shutter Dogs & Boot Scrapers: A Walk through Old Frederick. Published by Frederick Landmark Press, the book is a guide to the basics of historic buildings along Frederick’s East Second Street.

Family and friends are invited to a memorial mass on Saturday March 7, 2020 at 1:00 pm at St. John the Evangelist Roman Catholic Church, 116 E. 2nd Street, Frederick, MD 21701. Following the mass will be a reception held in the community center next door to the church. Bernie’s ashes will be inurned in the family crypt at Mt. Olivet Cemetery, in Frederick, at a later date.

In lieu of flowers, donations may be made to St John Catholic Church for the continued restoration of their historic bell tower, one of Frederick’s Clustered Spires - the St. John Bell Tower Fund - or to the Frederick County Landmarks Foundation, for the benefit of Schifferstadt, at 1110 Rosemont Avenue, Frederick, Maryland 21701.

You may send condolences to the family at www.staufferfuneralhome.com.

To order memorial trees or send flowers to the family in memory of George Callan, Jr., please visit our flower store.