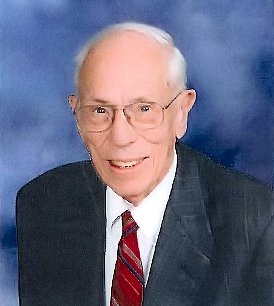 The son of the late Rev. M. D. "Deac" Ashbury and the late Frances Walker Ashbury, he was the husband of the late Barbara Henson Sibert Ashbury who passed away May 8, 2012, after 54 years of marriage.

Mr. Ashbury received his high school education at Baltimore’s City College. He was a 1954 graduate of the University of Virginia, where he was a member of the Delta Upsilon social fraternity. He received his Masters of Professional Accounting degree from Loyola University (Baltimore). He also took additional courses at the University of Baltimore.When he took the examination to become a certified public accountant, he scored higher than anyone else in Maryland. He was a retired partner of Linton Shafer and Company. He was a Professor Emeritus of Accounting at Mount Saint Mary’s University, where he taught for 40 years. He was a member of Alpha Sigma Nu, a Jesuit Honor Society, and Delta Mu Delta, a business honor society. He was a life member of the American Institute of Certified Public Accountants, the Maryland Association of Certified Public Accountants, and the National Association of State Boards of Accountancy.

An Army veteran, Mr. Ashbury served six years on the Maryland State Board of Public Accountancy, which regulates his profession. He was appointed to this panel by two different governors.

He was a member of All Saints Episcopal Church, served it as treasurer from 2001 to 2016 and served several terms as a member of that church’s vestry, its governing body.

He also was the treasurer of the Trustees of the Episcopal Orphans House Scholarship Fund from 1986 until 2014.

Mr. Ashbury and his wife enjoyed travel, having visited most of the United States, the Provinces of Canada, and the countries of Europe. They particularly appreciated the river cruises throughout Europe. Possessed of a wry sense of humor that was particularly dry, his quick wit drew countless friends to appreciate his company.

He is also survived by his sisters, Ann A. Lebherz, of Braddock Heights, and Frances A. Trout, of Frederick; and a brother, John W. Ashbury Sr. of Thurmont. Many nieces, nephews and cousins also survive.

The family will receive friends at the Stauffer Funeral Home, 1621 Opossumtown Pike, Frederick on Friday, September 8, 2017 from 2-4PM and 7-9PM. A funeral service will be held at All Saints Episcopal Church on Saturday, September 9 at 11AM.

In lieu of flowers, contributions may be made to the Memorial Fund at All Saints Episcopal Church, 106 West Church Street, Frederick MD 21701.

Please click here to view the video tribute
To order memorial trees or send flowers to the family in memory of M. Dunbar Ashbury, Jr., please visit our flower store.