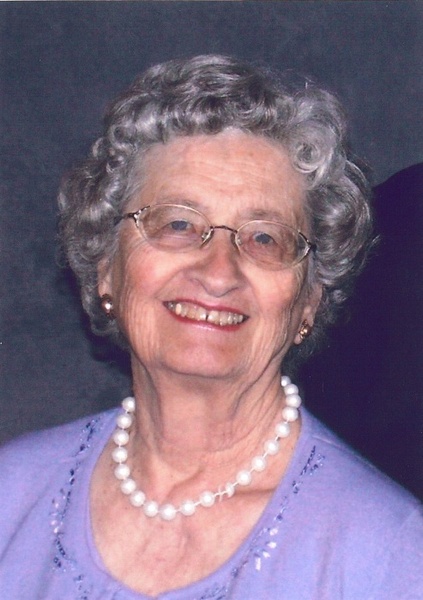 Marie L. May Nicholson, age 93 passed away peacefully October 24, 2021, at Citizen’s Care & Rehabilitation, Center, Frederick, Md. She was the wife of the late Earle E. Nicholson, who died May, 2020. They had been married 70 years.

Marie was the daughter of Carl and Lillie Linton May and foster daughter of Ernest and Freda Kimmel Dodd. She was the last member of her immediate family. She was born February 16, 1928 at Carrollton Manor, in Adamstown, Maryland.

Her family moved to Frederick when she was very young to pursue better paying work for their growing family. When Marie was 3, a young childless couple, Ernest and Freda Dodd met Marie and her family through Church. The Dodd’s ask her parents if she could come and play at their home. The days grew into weekends and then weeks. When they moved to Hagerstown, Marie went with them. She told her family how she visited her family riding the trolley back and forth from Hagerstown to Frederick. Marie graduated from Hagerstown High School class of 1946. She was active with school theatrical productions as an actress. She wrote poetry, short stories and dabbled in sketching and she loved to dance. She was active with the Hagerstown Church of the Brethren participating in dramas and choir. She worked for C & P Telephone in Frederick   after gradation as a long distance operator until she married. While attending a barn dance in Frederick with her sisters, she met her future husband, Earle Nicholson. The “city” girl became a farmer’s wife on January 20, 1950. Shortly after they were married, the moved to Urbana where Earle became farm manager of Maple Hill Farm.

She was a member of the Urbana Homemakers, Wesley Chapel United Methodist Church, Wesley Chapel UMW, Church treasurer of Wesley Chapel for 28 years and treasurer for 25 for the Urbana UM Circuit/Parish. She taught Sunday School for more than 20 years and sang in the choir. She was an honorary member of the Urbana Volunteer Fire Department Ladies Auxiliary. She helped the UVFD with many fire company events including working the kitchen preparing food for the carnival, frying funnel cakes or patting oysters for the public dinners, making chocolate pies for bingo and drying dishes after banquets. She and Earle chaired the UVFD’s 20/20 raffles for many years.

She was the leader of the Urbana Girls 4-H Club, and superintendent of the Crafts department in the 4-H building at The Great Frederick Fair. She was a Charter member and  treasurer/secretary of the Maryland Draft Horse & Mule Association. She helped her husband bring back the Draft Horse & Mule Show to both Montgomery and Frederick County Fair organizing and clerking the shows.

She loved to bake and was known for her oatmeal raisin cookies, cherry cobbler, variety of pies and her sweet iced tea.

To plant a beautiful memorial tree in memory of Marie L. May Nicholson, please visit our Tree Store.

To order memorial trees or send flowers to the family in memory of Marie Nicholson, please visit our flower store.