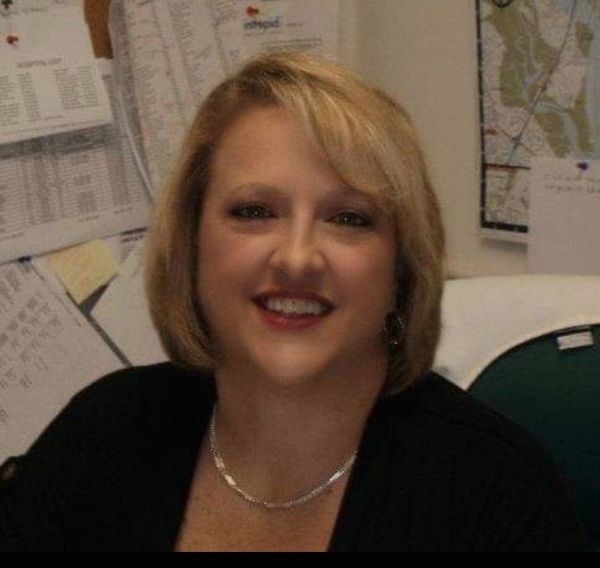 Abbie Cobler Haws, 57 of Frederick Maryland, passed away on August 9, 2021 after a difficult battle with advanced lung disease. Abbie spent the last year admitted to the hospital (mostly in the ICU) after complications following a double lung transplant. Born March 5, 1964 to the late Lawrence Edward Cobler and the late Imogene (Imy) Klingler Cobler. She was also preceded in death by her stepfather Jack Buzard.

Abbie grew up in Lamartine, Pennsylvania and attended Keystone schools before moving to St. Simons Island, Georgia where she earned her nursing degree at Brunswick College. She worked as a nurse in Brunswick for many years before relocating to Frederick, Maryland. Abbie was a friendly, hard working person who loved what she did and touched many lives. Always the passionate football fan, watching a game with Abbie was like being in a stadium full of fans. She was also a huge animals lover who could never pass up a chance to cuddle a puppy. Her greatest joys in life were her three grandchildren Lincoln, Harrison and Emerie Vaughn. She is survived by her daughter Karri (Steven) Vaughn of Frederick,  Maryland, siblings Len Cobler (Vicky) of Murfreesboro Tennessee, Kelly Brewer and Jody (Wes) Kingsley of St. Simons Island, Georgia and many nieces and nephews.

A memorial service is planned for a later date. We are kindly asking that, in lieu of flowers, memorial contributions be made in Abbie’s honor to The American Lung Association (55 W. Wacker Drive, Suite 1150, Chicago, IL 60601).

To order memorial trees or send flowers to the family in memory of Abbie Haws, please visit our flower store.