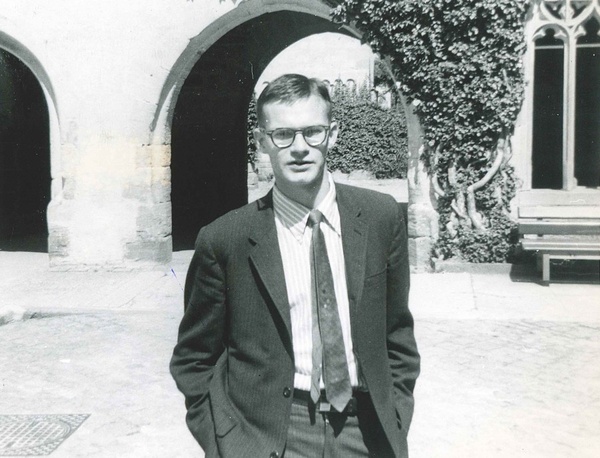 Alexander Wilhelm Wenner died Thursday, March 12, 2020 at Fahrney Keedy Memorial Home in Boonsboro, MD.  He was born May 30, 1939 in Basel, Switzerland, the son of the late Wilhelm Karl Wenner and Gisela Maria (Schreiner) Wenner.
Alex graduated from Montclair High School in Montclair, NJ in 1956.  He received a B.A. from Hamilton College, Clinton, NY and an MLS from Northern Illinois University, Dekalb, IL.
He was honorably discharged from the U. S. Army after having served tours of duty in Baumholder and Kaiserslautern, Germany.  He was employed as a Library Information Specialist at the University of Massachusetts, Amherst, MA and Northern Arizona University, Flagstaff, AZ.  His final post was at Indiana University Bloomington where he worked in the university library.  Alex was an avid follower of the stock market and a savvy investor.  He quietly accumulated a small fortune by saving and investing wisely.  Despite his wealth, he chose to lead a very simple life.  Instead of spending money on himself, he chose to give it away.  Alex established two nursing scholarships to honor his mother who was a nurse.  The scholarships were made available to Northern Illinois University and Colby-Sawyer College in New London, NH.  He was a member of the Mensa Society.  The two things Alex prized most were his 1965 Ford Mustang and the weekend edition of the Wall Street Journal.
He is survived by his younger brother, Thomas and wife Kathleen of Shepherdstown, WV; as well as many nieces, nephews, great-nieces and great-nephews.
In addition to his parents, he was predeceased by his older brother, Manfred Wenner.
Graveside services will be held at a later date at West Part Cemetery, New London, NH with Margaret Costello officiating. Expressions of sympathy may be offered to the family at StaufferFuneralHome.com.

To order memorial trees or send flowers to the family in memory of Alexander Wenner, please visit our flower store.