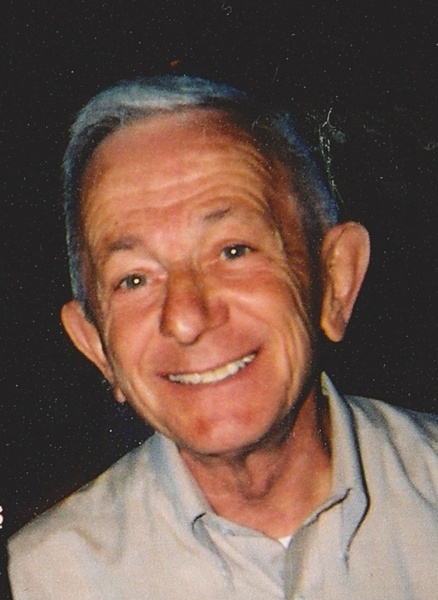 Alfredo R. “Al” Ferraioli, 88, of Monrovia, departed this world to be with our Lord on Saturday, February 12, 2022, at his residence.  He was the husband of Marlene A. Ferraioli (Robinson).  They would have celebrated their 67thAnniversary on March 1.

Alfredo came to the United States from Salerno, Italy, in 1954.  He joined the US Army and served four years.

He worked several decades with IBM, and later Lockheed Martin with distinguished awards and recognition for technology designs through implementation that are staples in most residential, commercial, air, land, sea, and space electrical and computer and mobile systems.  After retirement, he and coworkers used knowledge of electrical engineering, breadboard designing, laser, and experiences to lead the green energy movement from design through fruition of LED lighting installed in several public-school systems and subsequently adapted as a standard. He was very active in company and community sports with a particular fondness of tennis and soccer and subsequently after retirement bicycle racing and marathons.  He always gave his opponents a glimmer of hope of winning while subtlety teaching them skills and encouragement to improve then quickly close out the challenge with a glint in his eye that let you know you only experienced a fraction of his abilities and brought to light the true scope of learning that was ahead.  Even in his sixties athletes half his age experienced and learned that his ambition, tenacity, practice, drive for achievement and commitment to any challenge could accomplish anything and was an example to follow.

Alfredo’s ambition, intellect, drive for achievement and excellence not only influenced his professional successes, but as well his community and family.   His family cherishes the stories and laughs from him taking them boating, fishing, crabbing, and water skiing.  Fond memories of him coaching several years of girls’ softball, teaching his daughters Josephine ‘Josie’ Ferraioli and Cynthia ‘Cindy’ Ferraioli (Robert Sorensen) and their friends sports and adventures with great laughs and life skill building experiences.  Then blessed again experiencing him do it again with his granddaughter Brianne Schmidt (JVincent).  The tennis matches between he and Richard Sorensen and their competitiveness continuing after dinner with hot chili pepper contests.   Forever in the family’s memories hearing him fly by the dining room window returning from the pepper garden yelling hot, hot, hot to the kitchen sink water faucet and Richard wisely conceding the win.

Funeral services will be for immediate family and a celebration of life will be scheduled at a later date.  In lieu of flowers please make contributions to Frederick Health Hospice, 1 Frederick Health Way, Frederick MD 21701.

Arrangements are with Stauffer Funeral Home.

To order memorial trees or send flowers to the family in memory of Alfredo R. "Al" Ferraioli, please visit our flower store.