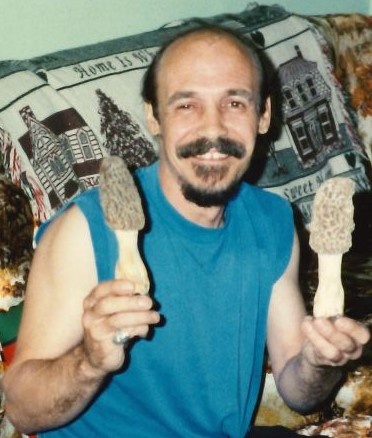 Allan Wayne Holmes, 65, of Fairplay, MD, passed away peacefully on Thursday, May 26, 2022 at Meritus Medical Center.

Born September 5, 1956 in Hagerstown, MD, he was the son of the late Cleveland Garland and Lillian Virginia (Toms) Holmes.

He was a Christian who enjoyed hunting deer and morel mushrooms. Allan was a 1974 graduate from Boonsboro High School and worked for Fedders and Conservit, in his younger years. He loved taking care of cats and left behind his furbaby, Cocoa (AKA Wild Cat).

In addition to his parents, he was preceded in death by two sisters, Lillian "Doll" Whitmore and Barbara Darr; and four brothers, Cleveland Holmes, Jr., Gary Holmes, Sr., Denny Holmes, and Bobby Holmes.

Allan will be greatly missed, but will live on in his daughter and grandchildren. He is at rest. His wish was for his family to have a private ceremony.

Arrangements have been entrusted to Bast-Stauffer Funeral Home. Expressions of sympathy may be offered to the family at StaufferFuneralHome.com.

To order memorial trees or send flowers to the family in memory of Allan Holmes, please visit our flower store.