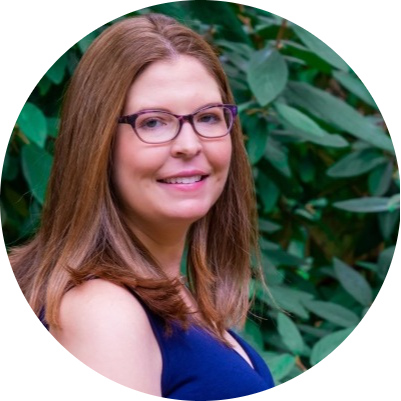 Amy was born and raised in Hagerstown, MD.  She graduated from Williamsport High School, Class of 1998 and went on to attend George Washington University, Class of 2002.  Following a year teaching English as a second language with WorldTeach in Ecuador, she completed graduate school at King’s College in London, England.

She began her nearly two-decade career with Save the Children, where she was Senior Director of Humanitarian Response for Child Protection and Education, in 2005. Her work brought her to global hotspots and crisis zones, such as to Iraq (where she was posted to Basra, and among the few American women doing field work outside the Baghdad Green Zone), Liberia and then Sierra Leone (where she was deployed to respond to the Ebola crisis), and refugee camps in Rwanda, Ethiopia, and Tanzania. She also responded to domestic crises, including in Puerto Rico after Hurricane Maria, and to the U.S.-Mexico border in response to the recent migration emergencies. Amy previously lived in Malawi and Iraq, where she worked with communities on child protection and child rights issues.

Amy was frequently recognized for her outstanding work in the field, twice receiving the Save the Children’s President’s Award - once for her work on the Ebola Response team (2015) and the other for the Covid-19 Response team (2020). As part of the six-person Ebola Surge Team, Amy helped launch child protection programs to ensure these vulnerable children received psychosocial support, were kept safe from harm, reunified with family members, or placed into foster homes if there was no one to care for them.

Amy was a beloved wife, daughter, sister, and friend.  She was a lifelong traveler, having journeyed around Europe, South America, Africa, and Asia.  She loved the outdoors, nature, and wildlife, including one of her favorite pastimes, bird watching. She enjoyed annual vacations with her husband Jeff and stepsons Noah and Will to various national parks. She loved spending time with her mother and sister and thrived on her daily walks with her beloved dog Harper. She enjoyed crafting and was also a talented genealogical researcher, who traced both the Richmond and Pearlman families back multiple generations. She accumulated a wide network of friends, spanning from those she met in elementary school to colleagues from her work across the globe.

Amy earned a BA in International Affairs from GWU, a MA in Development Studies from King’s College, and a Certificate in Mental Health in Complex Emergencies from Fordham University in New York.

She was preceded in death by her father Ralph Wakefield Richmond, grandparents Ralph and Margaret Richmond and Belva and John Maddox and her fur-niece Corby. She is survived by her husband Jeff Pearlman, her mother Sharon Maddox Richmond, her sister Janet Richmond, her stepsons Noah and Will Pearlman, newborn son Ethan Richmond Pearlman, and her pup Harper.

To order memorial trees or send flowers to the family in memory of Amy Richmond, please visit our flower store.