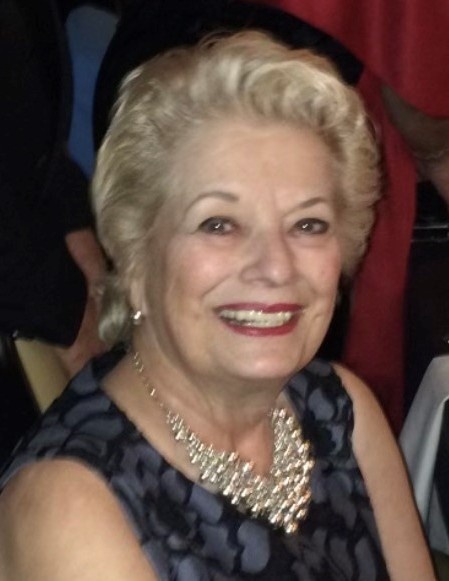 Annette Valerie Lombardo Rossi died, at the age of 77, on December 1, 2021, at Johns Hopkins Hospital in Baltimore. She leaves behind her loving husband, Paul Richard Rossi; her daughter, MaryAnn Rossi; her two grandsons, Tony and Joey Hesseloff; and her brother, Lenny Lombardo.

She was born on February 14, 1944, in Brooklyn, New York, to the late Joseph and Anna Lombardo. She grew up the youngest with three older brothers, Vincent Lombardo, Jacinth Lombardo, and Leonard Lombardo.

On August 16, 1964, Annette married the love of her life, Paul Rossi. They raised two children, James and MaryAnn. It broke her heart when her son, James, passed away in 2012 from complications after being hit by a drunk driver. She was devastated but continued to live and love.

Annette was very proud of receiving a general education diploma at 37 years old. She went on to earn an Associate's Degree in arts and advertising, graduating in May 1984. She held many careers, including becoming a realtor, but her first and longest one she was most proud of was being a self-taught seamstress/tailor.

Annette was a vibrant, fun-loving woman with many who loved her feisty New York attitude. She loved opera, painting, and teaching herself to speak Italian. She was a loving wife, mother, and proud grandmother who was lovingly referred to as Nonna.

The family will receive friends from 9 to 10:30 a.m. Monday, December 13, 2021, at Stauffer Funeral Home, 1621 Opossumtown Pike, Frederick. Memorial services will begin at 10:30 a.m. on Monday at the funeral home in Frederick with Reverend Monsignor Edward Filardi officiating. Inurnment will immediately follow at Mt. Olivet Cemetery.

In lieu of flowers, donations may be made to Special Olympics of Maryland or MADD .

To order memorial trees or send flowers to the family in memory of Annette Rossi, please visit our flower store.