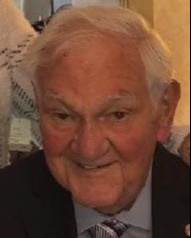 Arnold “Arnie” Raymond Brown, 90, of Frederick, MD, went to be with his Lord and Savior on September 17, 2022. He was the loving husband of Connie J. Brown.

Born on May 23, 1932, in Whiting, Indiana he was the son of the late Bessie Brown and Arnold Brown. He graduated from Clark High School in Whiting, Indiana. He continued to Grear College as a professional piano tuner and Purdue University as a licensed Real Estate Broker. He served honorably in the United States Army where he was stationed in Germany in the 1950’s. He was a professional musician, founder and owner of the Munster Conservatory of Music in Munster, Indiana from 1967 until 1983. He was a true entrepreneur, from real estate, to music, designing, manufacturing and marketing car badges in retirement.

Arnie accepted Jesus Christ as his Lord and Savior in March 1969. He was a devoted Christian and member of The Frederick Baptist Church.

He really enjoyed playing his upright bass musical instrument every Sunday morning during worship service at his church. He loved to share his musical talent, love of Jesus and Salvation message by visiting nursing homes in the Frederick area. He was known for his joyful, encouraging spirit and always taking time to help others.  He really enjoyed sharing his music, storytelling, telling jokes, and gourmet culinary skills with his family.

In addition to his parents, he was preceded in death by infant nephew, James Johnson.

In lieu of flowers, memorial donations may be made to the church in honor of Arnie at the above address.