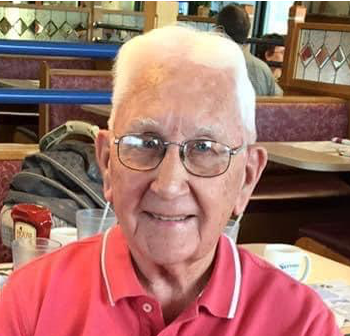 Aubrey was born on December 8, 1927 in Yancey, Kentucky, to Bennie and Vola King. He graduated from Thomas Walker High School, Ewing, VA in 1945. He served from March 1946-September 1947, in the United States Army as a Technician Fourth Grade, with the Twentieth Medical Laboratory, at Fort Lewis, Washington.

He spent his early years in Rose Hill, VA and in 1947 moved to Mount Airy and finally to Union Bridge in 1949.

While working at Southern States, in Mount Airy he met Gloria Jean Welsh. They were married in May, 1951.

After he married he worked for Donleigh Advertising, in Baltimore, MD, then for the government fire service first at Walter Reed Army Medical Center, in Washington, DC and then at the newly opened National Bureau of Standards (now National Institute for Standards and Technology), in Gaithersburg, MD. In 1969 he purchased his first of three school buses, serving Carroll County, MD. Many a resident of greater Mount Airy was transported to school on a King bus. After retirement in 1981 he continued ownership of his school buses and drove part-time for Eyre Bus, in Glenelg, MD, for over 20 years.

He was an Honorary Member of the Mount Airy Volunteer Fire Company and a member of Calvary United Methodist Church, of Mount Airy.

The family will receive friends from 1 to 3 pm on Sunday, October 17 at Stauffer Funeral Home, 8 East Ridgeville Blvd., Mount Airy, MD, with funeral service immediately following at 3pm. A private family burial will be held at Pine Grove Cemetery.

While this funeral home does not have a policy regarding the wearing of face masks, please be mindful of those who may be immunocompromised or not yet eligible for vaccination.

To order memorial trees or send flowers to the family in memory of Aubrey King, please visit our flower store.