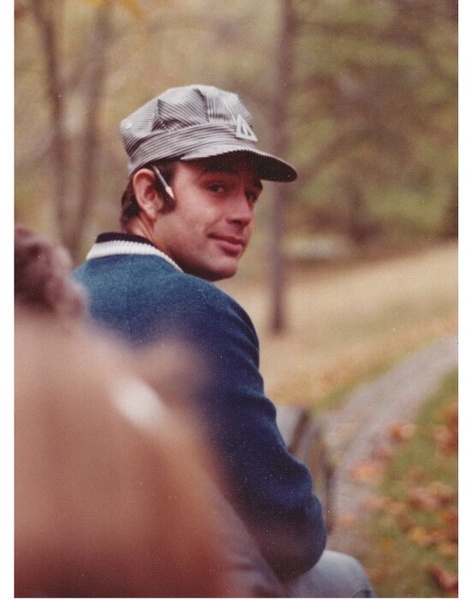 On Monday evening March 21, 2022, Aubrey “Glenn” Sharpe, Jr., brother, father, grandfather, and friend, passed away peacefully in Westminster, Md. at the age of 72, after a 4-year battle with Parkinson’s disease.

Glenn was born on January 31, 1950 in Washington, D.C. at Sibley Memorial Hospital, and grew up in Takoma Park, MD.  He graduated from High Point High School, got married 5 years later, and settled down in Silver Spring, MD as a young adult.  As a budding young man with an already impressive skillset, he worked as a professional mechanic, spent time as a commercial truck driver, and worked on tractor trailers as well.  He enjoyed working with his hands and was a true craftsman, starting a company making cabinets, and also became licensed to do home improvement work, with the knowledge and knowhow to build a house from the ground up.

However, the one thing that defines Glenn the most was his lifelong passion for anything and everything having to do with trains.  He loved the history of the railway system, the railroad companies, the different types of engines, and the various purposes and needs for their creation.  He took trips to see multiple railways, was active in 1.5” scale live steam railroading, and was recently made an honorary member of the Chesapeake and Alleghany Live Steam Preservation Society that he’d been a past director of, and member for many years.  He had a large Lionel model train collection, but was more than a hobbyist, as he also worked for, and retired from, the Washington Metropolitan Transit Authority fixing the trains for the Metro subway system.

During his tenure at Metro, he worked in various shops, and eventually moved to Virginia to accommodate his longest tenure at the West Falls Church location.  Glenn’s skills didn’t stop there either, and after retiring from Metro, as a Master Electrician, he worked for a commercial electrical contractor, troubleshooting the most difficult problems that would arise.

For his final 20 years, Glenn moved back to Maryland to be closer to his family, becoming a happy grandfather and resident of New Windsor.  Now retired, he started New Windsor Locomotive Works, spending hours in his hobby shop fabricating live steam train parts for production orders, placed by fellow hobbyists nearby, and across the country.

Glenn was a man that could literally do anything, and would volunteer his time and knowhow to help friends and family with his vast skillset.  He loved watching his train videos and western movies, almost as much as working with his tools in his shop, and on any given day, would be found doing both at the same time.  He enjoyed deep sea tuna fishing, Chevy trucks, Nascar racing, and going to various live steam train parks.  However, like so many of us, it was the simple things in life that brought him the most joy, like coffee and Mt. Dew in his enormous travel mug, Oreos, peanut M&M’s, chocolate chip cookies, Snickers bars, ice cream, and Pecan Pie.

He is survived by his brother David Louis Sharpe and wife Christine, daughter Deborah Lynn Sharpe, son Brian Glenn Sharpe and wife Dina, grandchildren Carter Glenn Sharpe and Emily Grace Sharpe, friend and mother of his children Michele Brooks, as well as other numerous lifelong friends from all of his professional and personal endeavors.

The family will receive friends on Sunday, March 27 from 3:00 pm to 4:00 pm at Stauffer Funeral Home, 8 East Ridgeville Boulevard, Mt. Airy.  A funeral service will be held at 4:00 pm, following the visiting hours.  Interment will be at Parklawn Memorial Park.

In lieu of flowers, donations may be made to the Parkinson’s Foundation, the Michael J. Fox Foundation for Parkinson’s Research, or a Hospice of your choice.

To order memorial trees or send flowers to the family in memory of Aubrey "Glenn" Sharpe, Jr., please visit our flower store.