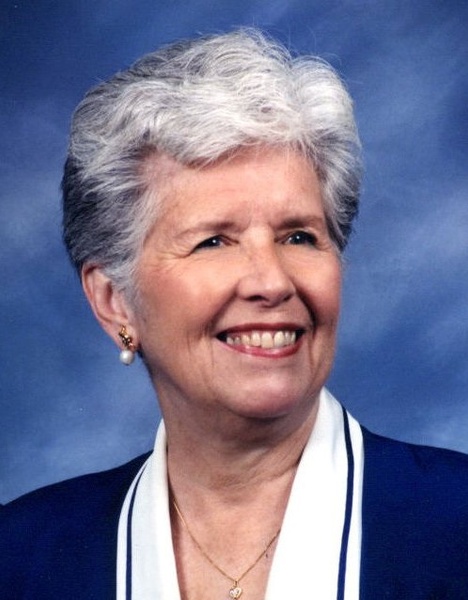 Audrey Callaway Asbury, 95, of Frederick, Maryland, passed from this life on Friday, July 22, 2022, at Kline Hospice House in Mount Airy, MD, following complications of a stroke.  She was the wife of the late Eugene D. Asbury and the former wife of the late Rev. Carroll Boyer.
Born on January 19, 1927, in Elizabeth, NJ, she was the daughter of the late Daniel E. and Etta F. (Andrews) Callaway.
A lifelong learner and teacher, Audrey was a 1943 graduate of Frederick High School and earned both a B.S. degree in mathematics and a Master of Education at Hood College.  She worked as a school teacher for Frederick Co. Public Schools; Good Shepherd Kindergarten (1961-1965), Gov. Thomas Johnson High School, Social Studies (1966-1985) and Walkersville High School (1986-1987).  During her tenure at Gov. Thomas Johnson High, Audrey taught and developed curricula for courses in Women's Studies, Psychology, and the Middle East. Audrey was also part of developing the curriculum for teaching Drug Education in the 1960s.
Audrey was a charter member of Good Shepherd Evangelical Lutheran Church, Frederick, MD, where she, in her own words, "served on every committee, but never sang in the choir and there's a reason for that."  As a member of the altar guild, she voluntarily baked the communion bread from scratch for "at least the last 104 years." Audrey facilitated a long running adult group where congregants gathered to discuss spiritual topics and deepen their friendships.
During her retirement, Audrey enjoyed reading, feeding the wildlife that showed up at her back door, collecting depression glass, and most of all traveling. She enjoyed trips with her fellow church members to Ireland, Greece, the Holy Land, London and Turkey. As a lover of baseball, Audrey's team of choice was the Washington Nationals. Audrey's family and friends will attest to her fabulous cooking skills, especially her jelly making, which she freely gave away, or donated to her church for sale. Described as "heaven on earth," and "just the absolute best stuff," if you were fortunate enough to receive such a gift, you knew you were loved.
She is survived by her children, Michael E. Boyer (Donna), Kristen Kennedy (David), Marcia Boyer (Nimitz), Melissa Nearchos (Greg), and stepson Robert M. Asbury (Caroline); grandchildren, Justin Boyer, Heather Schultz (Kevin), Daniel Kennedy (Meaghan), and Zachary Gleim (Kolbi); great-grandchildren Chloie, Bella, Jack, Oaklie and Willow.
The family would like to thank Audrey's caregivers from Visiting Angels, Somerford House and Kline Hospice House for their compassion and remarkable care.
A memorial service will be held at 11:00am, Saturday, September 17th at Good Shepherd Lutheran Church, Frederick MD. The Rev Dave Simpson will officiate. Memorial gifts may be made to Good Shepherd Lutheran Church, 1415 W. Seventh St., Frederick, MD 21702.

To order memorial trees or send flowers to the family in memory of Audrey Callaway Asbury, please visit our flower store.