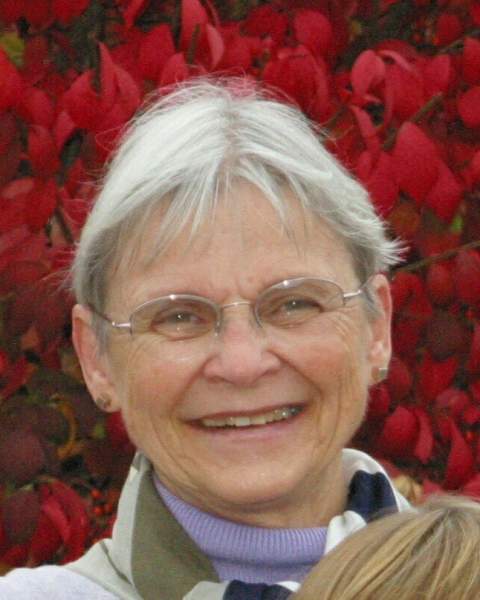 Barbara was born in 1932. She graduated from Doylestown High School before attending Albert Einstein Medical School in Philadelphia where she earned a degree from their Nursing program.  She developed a small core of friends while there and cherished these women her entire life.

She had doodled in one of her nursing textbooks “Graeme, my magnificent obsession”, so it was inevitable that in 1956 she married Graeme Mann, a recent graduate of the United States Coast Guard Academy, who was her high school sweetheart. They had gone their separate ways during college, but clearly did not leave each other behind. Shortly after their marriage she began her life as a military wife. Barbara moved her family from Coast Guard assignment to assignment every 3 years, and while Graeme was at sea she taught her children the importance of adaptability and being open-minded, as well as the value of diplomacy.

Her strength, independence and activism were instilled at an early age. Barbara’s house was grape-free in support of Caesar Chavez. As a Zoning Board member in Stratham, NH, she sued the town while her husband was a Selectman. The local paper had a field day; the headline read "Wife Sues Town". She worked the polls during every local and National election, and had re-qualified as recently as last month as a poll watcher for the upcoming elections. Trim and fit, she had a fabulous sense of style. Her critical powers remained to the end, and while her health might fail her eye never did. Her stage whisper was never a whisper. Her family and friends knew she had no edit button, but you always knew where you stood with her.

She was the long-time President of The Stratham NH Historical Society and was instrumental in having its home, the Wiggin Memorial Library, listed on the National Register of Historic Places in 1993.  At the annual Stratham Fair, she established and managed the Historical Society Pizza Booth, earning thousand of dollars that was donated each year to the Volunteer Fire Department.

Barbara and her husband were dealers in early American Antiques. This love was passed down to her children and grandchildren. She was a member of the New Hampshire Antiques Dealers Association from 1972 until the early 2000’s and adored the annual show held every August. She toiled all year to find unusual pieces worthy enough to display. Her booths were always tasteful, bewitching, and her showmanship a revelation.

She was known as Babsi to family and intimates because she, while fully versed in decorum and etiquette, had a freewheeling sense of fun and abandon. She was always up for anything. Gifted with her hands, she knit, did needlepoint, and was a juried NH craftsperson of Nantucket baskets. She made Scherenechnitte scissor cut lamp shades of immense beauty and delicacy. At 88, she refinished her 8’ dining room table single handedly. She never thought anything was beyond her capabilities.

Upon the death of her husband, Graeme, she moved to Frederick to be close to her son and granddaughters. She was a member of All Saints Church and active in the Altar Guild and Flower Guild. She was involved in Saint Mary’s Chapter. The annual book sale and Gifts and Greens Christmas Bazaar benefitted from her non-stop energy and organizational skills. She was able to move mountains and quite a few tables well into her late 80’s. ‘No” was anathema to her.

Barbara was a lifelong baker, renowned for her cookies and Shoo Fly pie in particular. Classic Toll House cookies and hermits were on regular rotation, and at Christmas she went wild. Those who met her and made assumptions based on her small size, her kindness and good humor were almost always taken aback by her strength, determination, good sense and clear thinking. She was a force to be reckoned with. Early on, as a military wife, her nickname was Mighty Mouse.

Services will be held at 11 a.m. on September, 17, 2022 at All Saints Episcopal Church, 106 W Church St, Frederick, MD 21701, followed by, at a later date, a service at Arlington National Cemetery, where she will be interred with her husband, Capt. Graeme Mann.

In lieu of flowers please make a donation, in Barbara’s name, to your favorite charity. Expressions of sympathy may be offered to the family at StaufferFuneralHome.com.

To order memorial trees or send flowers to the family in memory of Barbara Krotchko Mann, please visit our flower store.