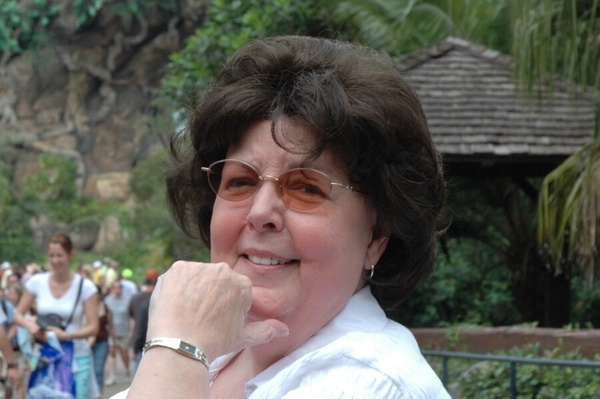 Six days before the attack on Pearl Harbor, William Joseph Plummer and Mary Elizabeth Nalley Plummer were blessed with the birth of Barbara Joan Plummer. She joined her siblings William (Tucky), Doris (Dott), and Richard (Dicky) in Washington DC. They later moved out to the suburbs of Washington D.C. into the Bladensburg, MD area. She was 13 years old when she met the love of her life, James C. “JC” Lindsey, who was 15 at the time. They dated, went school together, attended dances, watched movies, and molded a friendship and love that lasted their lifetimes. She would laugh talking about how he would eat a full dinner at his house, come to her house and eat again, they would go to the dance and he would eat there, and then after the dance they would go to the local Hot Shoppe and would eat again. All the time he was skinny as a rail! On November 6, 1959 they sealed their love in marriage and were always together. The following year, with JC working for Bond Bread Bakery and going to college, they welcomed their son, Scott. JC moved on to the U.S. Post Office and 22 months after Scott arrived, their daughter Shelly joined the family. Three years later, with JC now a member of the U.S. Park Police, the family became five with the addition of another son, Steven.

With the family complete, Barbara worked hard taking care of house and family. Raising three children aged 5 and under was a daunting task but one she loved. Through the many moves there were many trials and tribulations to work through. One memorable one was losing the apartment in a fire on Christmas morning in 1971. Though horrific and the loss of almost all property, the family itself was unharmed. While recovering from the fire there was then a job transfer for JC to the Northwest Region of the National Park Service. The family traveled by car together across the country to live in the Seattle area for two years. What a fantastic experience it was with JC and Barbara enjoying and showing the wonders of the area to the kids. Life continued on and with the family back in the Maryland area, Barbara continued keeping the house and raising the kids.

She was so proud of JC and his career but was happy when he retired as a Deputy Chief of the U.S. Park Police in 1985. He then stayed with the government as the Tort Claims Investigator for the National Park Service planning for them to retire and enjoy their later years together. Sadly, he became ill and passed away in 2002. Barbara had lost her soul mate and anchor in life. She continued on by staying active with the family and her hobbies. She never missed a day thinking of him and talking to him and dreaming of the day they would be together again. She watched their family grow with the grandchildren and later two great grandsons. She loved going to birthday parties, ball games, dance recitals, musical performances, and other events for the grandchildren, oh, and loving on her grand puppies as she missed her lab retriever Brandy who was with her for 16 years. Her favorite hobby of shopping continued along with her enjoyment in reading, crossword and word search puzzles, watching her soaps and chatting with dear friends.

At a young age of 80 years old, on February 22, 2022 Barbara finally reunited with JC after 20 years. Our hearts are broken but joyful in the knowledge that she is where she has waited to be, with him and all her family and friends that have gone before.

She was predeceased by her parents, her siblings, her in laws, sister in law Juanita Plummer, brother in law Jerry Patton, niece Jerri Linda Patton, son in law Lloyd Hill Jr. A host of friends will remember her fondly and are too many to list. She brought a bright light to anyone who knew her and was always there for everyone. She has left an indelible mark on us all and the world has a wonderful angel looking over us.

Memorial services will be on Saturday, May 28, 2022 at Stauffer Funeral Home, 1621 Opossumtown Pike, Frederick MD 21702. Visiting will be from 10 to 11 am with services beginning at 11 officiated by Reverend Tim May. In lieu of flowers please consider donating to the Multiple Sclerosis Foundation, American Cancer Society, St. Jude’s, or any charity of your choice.

To order memorial trees or send flowers to the family in memory of Barbara Joan Lindsey (nee Plummer), please visit our flower store.