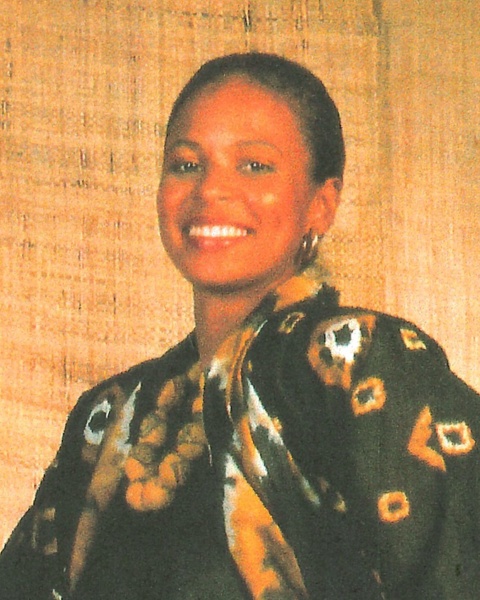 Beatrice Berthe Anderson, 63, of Brunswick, Maryland, passed away on September 10, 2022 at Frederick Memorial Hospital.  She was the beloved wife of James M. Anderson.

Born on December 21, 1958 in Saint Louis, Senegal, she was the daughter of Clotilde Nancy Simon and Robert Ekue Gaba. She attended secondary school at the French Lycée in Nouakchott, Mauritania and secretarial college in Fairfax, Virginia.  After her marriage, she and her husband lived in 15 countries in Africa and Asia over the next 35 years working for the U. S. Department of State.  Between assignments, she worked in the fashion industry for Jaeger, Inc womenswear and a Japanese couturier in Indonesia.  Upon returning to the United States she opened several African art galleries including ANAFA and Unique African Arts featuring traditional ethnic artistry.  Since 2001 until the present she has provided philanthropic support to Jackson State University in Mississippi and Framingham State University in Massachusetts through annual donations of African antiquities to their arts departments.

In addition to her husband, she is survived by her mother, Nancy Gaba; sisters Reine, Danielle, Elize and Ami; brothers Emmanuel, Bernard, Jeannot and Karim; sons Alexander and Christopher; and grandchildren Elani and Zoie.

The family will receive friends from noon on Sunday, September 18, 2022 at Stauffer Funeral Home, 1100 North Maple Avenue, Brunswick, MD 21793 to spend time with Beatrice for quiet reflection followed by a celebration of life ceremony from 2:00 pm until 4:00 pm.  Interment will be held at San Carlos Cemetery in Monterey, California on Thursday, September 22 at 11:00