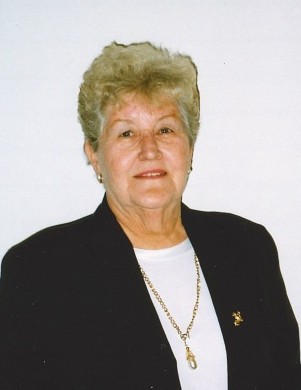 Betty M. (Stull) Follin, 83, passed away on April 10, 2021 at Frederick Health Hospital.  She was the wife of the late Lynn Follin.  Born on May 5, 1937, she was the daughter of the late Robert B. Stull and Ellen Barger Stull Sponseller.

Betty was a graduate of Brunswick High School, class of 1955, receiving the Gold "B" award, and the Maryland Medical Secretarial School in 1956, where she was awarded the Professional Secretarial Award.  She was employed by the Federal Government for 20 years, receiving numerous meritorious awards, resigning from the Department of Energy in 1987.  She worked part-time at Stone Manor Inn until the property was sold in 2004.  Betty was a member of Luther Chapel in Petersville, MD, the American Legion Auxiliary, #0096 and FOE Auxiliary #1106 of Brunswick.  She was a volunteer with the Park Heights Cemetery, Inc., serving as secretary for several years.

Betty enjoyed spending time with her family, traveling, crocheting and other crafts.  She especially enjoyed boating, water skiing and other outdoor activities.

Memorial services will be held on Saturday, April 17, 2021 at 10:00 am at Stauffer Funeral Home, 1100 Maple Avenue, Brunswick.  Interment will follow at St. Mark's Cemetery, Petersville.  In lieu of flowers, donations may be made to Petersville Luther Chapel, c/o Linda Morris, 4232 Gene Hemp Road, Jefferson, MD 21755, to the Follin Family Scholarships at Frederick Community College, 7932 Opossumtown Pike, Frederick, MD 21702 or to The Community Foundation of Frederick, 312 E. Church Street, Frederick, MD 21701.

To order memorial trees or send flowers to the family in memory of Betty Follin, please visit our flower store.