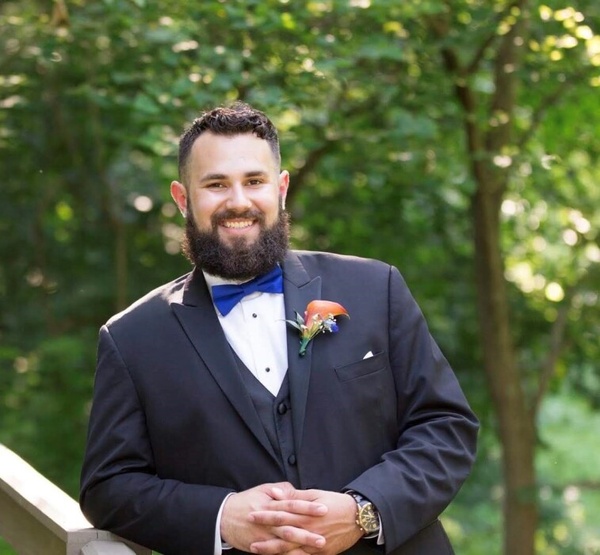 Brendan William Kinna passed away unexpectedly June 24, 2022 at the age of 27.


Brendan graduated from Walkersville High School in 2012. After graduation he joined the Marine Corps and actively served for 5 years. Once he was honorably discharged from the military, he began working for Kaemphf and Harris Sheet Metal Co. where he excelled and learned as much as he could about installing ventilation.


Brendan met Brooklyn in 2004 but they reconnected in 2016 and were married on July 1, 2018, making their home in Hedgesville, WV. Deeply in love and inseparable, they would actively seek adventures and looked forward to a long and happy life. Together they had 3 beautiful sons; Oakley, Benson and River that Brendan loved with all of his being.


Brendan was known for being incredibly passionate about his hobbies with included; his motorcycle, collecting cards, and playing games with his friends and family. The love Brendan had for his family was fierce and visible to anyone who came into contact with him. He was a caring, passionate and a driven soul that always gave the best hugs.


Brendan is survived by his wife, Brooklyn, their 3 kids, Oakley, Benson and River, and their pets, Gin, Sophie and Balerion; his parents, Kevin Kinna and Katrina Kline; his step-father, Jerry Kline; his sister, Melissa Given; his brother-in-law, Phil Given; his nephew, Branson Given; his brothers, Curtis Kline and Austin Kline; his grandparents, Tony and Jennifer Kinna; his Godmother, Linda Kinna Engel; Brooklyn’s family John, Lelah, Ashleigh, Jack, Jingjing and Cameron Wilkerson, as well as extended family, friends, mentors, and coworkers he touched during his short life, who loved him dearly and helped him become the person he was. He is preceded in death by his maternal grandparents, Pilar and Arch William Lawson and his paternal great grandparents, Mark and Alice Summers.

A celebration of Brendan's life will follow at 12:00pm.  Interment will be private.

To order memorial trees or send flowers to the family in memory of Brendan Kinna, please visit our flower store.