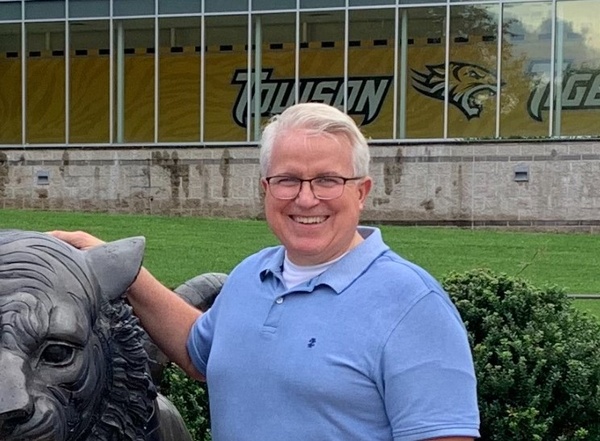 BOONSBORO - Bruce Hughes Schmidt, 56, of Boonsboro, passed away suddenly at his home on Monday, April 11, 2022 with his loving wife at his side.

Bruce was born on May 17, 1965, in Washington, D.C., to the late Frederick Whitfield Schmidt and Marilee Janelle Schmidt.

Also surviving are his brother, Glen Brooks Schmidt and his wife, Dawn (Kettish) Schmidt, of Galena, Oh., and their children: sons, Garrett, Austin and Hayden and daughter, Halle; his uncle and aunt, Lamar and Darla Owens, of Forest, Va., and their children Allison, Audrey and Beth Ann; his uncle, Ronald Owens, of Roanoke, Va., and his in-laws, Kevin and Roberta Dorr, of Lake Anna, Va.

For nearly the last 30 years, Bruce was employed by the U.S. Department of Homeland Security as a program manager. Previously, he served as the national boating statistician for the U.S. Coast Guard. Earlier he had been in pharmaceutical sales for Smith Kline (now SmithKline Beckman). His first job out of college was in sales with 3M Corp. in Virginia Beach, Va.

A devout Christian and family man, and a lover of classical music, Bruce started each day studying the Bible. He was an active member of St. Agnes Catholic Church of Shepherdstown, W.V.

A sports enthusiast all of his life, Bruce was a walk-on player on the Terrapin football team and was a loyal Terps, Ravens and Nationals fan. He supported his children in academic pursuits, and as they participated in sporting activities: Olivia on the West Virginia University’s women’s rugby team; Henry on the track and cross country teams at Boonsboro High School, Hagerstown Community College, and now Davis & Elkins College; and Maggie on the Boonsboro High School volleyball team.

Bruce attended public schools in Waldorf, Md., graduating from Thomas Stone High School in 1983. He played trumpet in the school bands from elementary to high school and was captain of his high school football team, the Cougars.

A Mass of Christian Burial will be held at noon on Monday, April 18, at St. Agnes Catholic Church, 200 S. Duke St., Shepherdstown, W.V., with Rev. Andrew M. Switzer and Rev. T. Mathew Rowgh, pastor emeritus, officiating. A reception will follow the service at Shepherdstown’s Fire Department, Barron Hall.  There will be no viewing. Private interment will be in the family plot in the cemetery at Creasey’s Chapel in Stuart, Va., where generations of Bruce’s family are interred.

The family would like to thank members the Boonsboro Ambulance & Rescue Service and family friend, Trent Overcash.

The family encourages friends to donate their time, talents and treasure to charities they love.

Arrangements provided by Bast-Stauffer Funeral Home, Boonsboro. Expressions of sympathy may be offered to the family at StaufferFuneralHome.com.

To order memorial trees or send flowers to the family in memory of Bruce Schmidt, please visit our flower store.