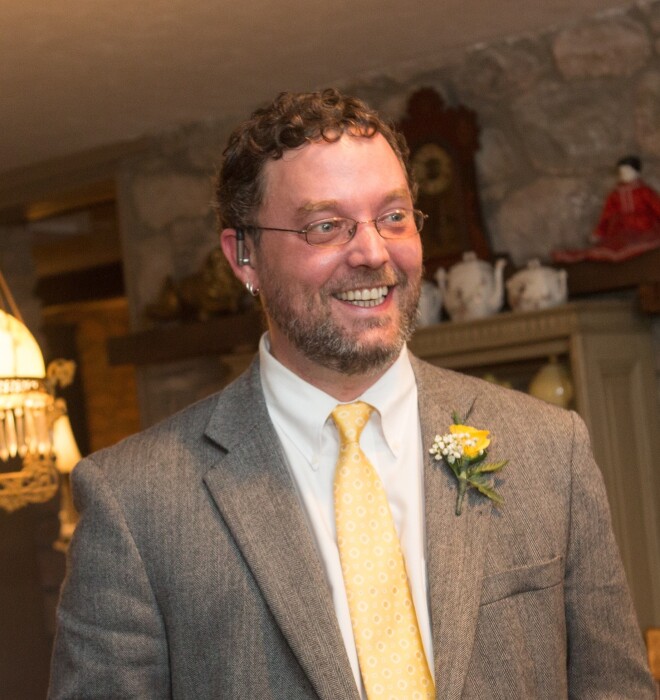 Casey Castleman passed away at his home, January 11, 2022.  Born in Seattle, Washington on June 16, 1976, he was the son of Kathi Williams and Sam Castleman. Casey lived in Frederick, Maryland where he had been a resident for more than 20 years. Casey will be remembered dearly by all his family, his mother, Kathi Williams, father, Sam Castleman, brother, Campbell Castleman, step-mother, Julie Castleman, grandmother, Sally Thorpe, and numerous aunts, uncles and cousins.

Casey attended Duke Ellington School of the Arts High School in Washington, DC which was the basis of his love of the arts. Earlier in his life he played guitar and wrote music. Casey loved to write both prose and poetry, creating his own private collection.

Casey worked in downtown Frederick retail for nearly 20 years. First he was at Classic Cigars and British Goodies on Market Street for about a decade. As a manager and shopkeeper of this establishment, Casey, as he was naturally inclined to do, developed close personal relationships with many of Frederick's downtown regulars, residents and other shopkeepers. Casey then went to work for HobbyTown USA where he spent many years providing advice on toys and hobbies for many families. His specialty was remote cars (RC) and HobbyTown, then located on East Street in downtown Frederick, had a rare indoor asphalt track which Casey managed and sometimes competed on.

Then Casey stepped out of retail and went to work at Frederick Y.M.C.A. Head Start, first as a bus driver and then as transportation supervisor. He absolutely loved the preschool aged children and when he left Head Start's employment, he continued to deeply miss the children.

Casey was a resident of the Little Brook Apartments for nearly 10 years. During the last 2-3 years he took on an unofficial and volunteer role of caring for his neighbors, other residents - often walking many miles, Casey would grocery shop for those who were not as capable of getting around. He would spend time visiting with his neighbors, checking up on their wellness and just to be a friend. The apartment manager, who lived a distance away, would also occasionally call Casey to check on things for her if she needed a more immediate answer. She trusted him and they had a good relationship.

Casey loved animals, particularly cats and rescued cats at that. He had two, Sara and Nora. Casey was most comfortable when he was outdoors, a passion which began while a youngster growing up in Washington state. He sectioned hiked parts of the Appalachian Trail and loved the simple unencumbered life-style. Casey will be most remembered for his kindness and gentleness.

The family will have a private memorial service. In lieu of flowers, please make a donation "In memory of Casey Castleman" to Cuddles Cat Rescue, Thurmont, MD. The donation link from their website is: http://www.cuddlescatrescue.com/donate.html.

Arrangements are made by Stauffer Funeral Homes P.A.

To order memorial trees or send flowers to the family in memory of Casey Castleman, please visit our flower store.