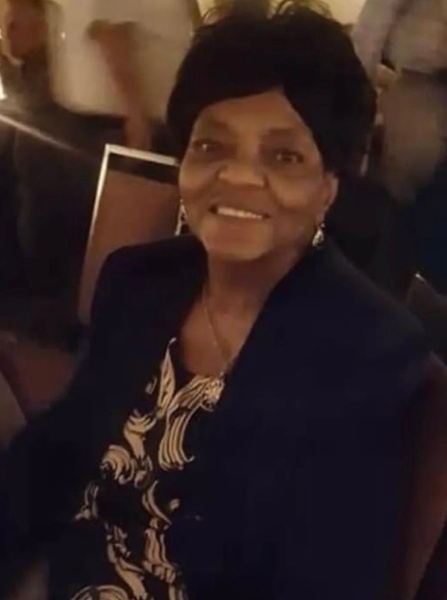 Catherine Luvenia (Bowie) Powell, lovingly known as Kitty, and to her grandchildren as Bemall, went home to be with her heavenly father on Saturday, November 6th, 2021, at the age of 87. She was a beloved mother, grandmother, sister, aunt, cousin and friend. Catherine was born in Frederick, MD on July 7th, 1934 to the late Spencer C. and Marian L. Bowie. She was the wife of the late Arthur Powell.  She attended Lincoln High School in Frederick, MD. She was a Custodian for Ft. Detrick, State Farm, and St. John's the Evangelist Roman Catholic Church. She was also a liaison for North Market Street School. Catherine retired in 1987. Catherine enjoyed spending time with her family and was a devoted reader of the bible. Catherine was a lifetime member of Saint James AME Church of Frederick, MD. Catherine is survived by her six children, Doris Smith, Desiree Williams, Vivian Williams, Wayne Williams and Kathy Williams all of Frederick, MD, and Harold Williams of York, PA. She is the proud grandmother of 28 grandchildren, 59 great-grandchildren, and 14 great-great grandchildren, her sister Mary Hopkins of York, PA and godson James Snowden of Gaithersburg, MD. Also survived by numerous nieces, nephews and devoted friends Alice Smith, Dorothy Pennywell, Gloria Lyles, Barbara Barnes,  and William and Earlene Snowden.  She is preceded in death by both of her parents, her husband, her brothers Michael  Bowie and wife Joann Bowie and Spencer Bowie and wife Patricia Bowie, her sisters Della Weedon, Margaret  Foreman, her son Reginald Bowie, her stepchildren George L. Schley, Ronald E. Ambush, and Carol L. Schley, her grandchildren Taja Pelmore, Terrell Hughes, and Phillip Banks, Jr. and great great grandchild Abe Lowe V. She will be remembered fondly by many other family members and friends. The family wishes to express a special thank you to Catherine’s numerous doctors,   Home Care and physical therapists of Frederick, MD.

Arrangements are being handled by Stauffer Funeral Home, 1621 Opossumtown Pike, Frederick, MD 21702. Viewing is scheduled for Thursday, November 18, 2021 from 4:00pm - 7:00pm with services being the following day Friday, November 19, 2021 service beginning at 11:00am. Both viewing and service will be held at Stauffers Funeral Home. Interment will follow at Rest Haven Memorial Gardens.

To order memorial trees or send flowers to the family in memory of Catherine Powell, please visit our flower store.