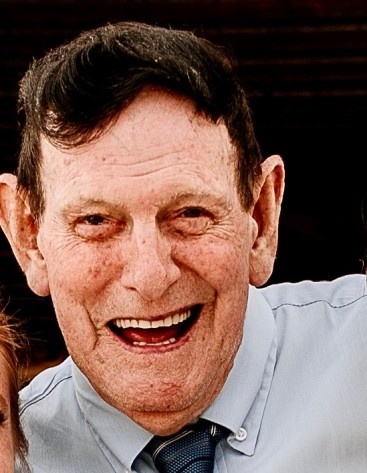 Born on March 13, 1937, in Kingsport, Tennessee, he was the son of the late Tom and Cora Grant Hensley.

He was a hardworking cabinet maker who spent a lifetime making beautiful kitchens. His co-workers knew him as the "shop prankster", and could always count on Cecil to pull a prank on someone.

Cecil was a charmer and social butterfly at heart, his charisma would light up a room wherever he went. He enjoyed making people laugh, always with his latest joke. Cecil had a way about him that was genuine, there was never a day when going into town that he didn't make another friend. He was just that kind of person, people were attracted to his kind, warm, engaging personality. Cecil also prided himself on always looking sharp and held the title of the Dapper Dan Man, clearly by the way he styled his hair. Playing cards ran deep in the Hensley family blood, even with all those years as a card shark, he could hold a good hand of cards, but could never hold a good poker face. Cecil loved watching wrestling and believed it was REAL. He loved playing scratch-off lottery tickets and believed he knew how to pick the winner but NEVER won big except for at LIFE.

Cecil was preceded in death by seven loving brothers and sisters.

A celebration of Cecil's life journey will take place at 2 p.m. on Friday, August 6, 2021, at Bast-Stauffer Funeral Home, 7606 Old National Pike in Boonsboro with Rev. Tim May officiating. The family will receive friends one hour prior to services at the funeral home on Friday. Final resting place ceremonies will be at the Boonsboro Cemetery.

To order memorial trees or send flowers to the family in memory of Cecil Hensley, please visit our flower store.