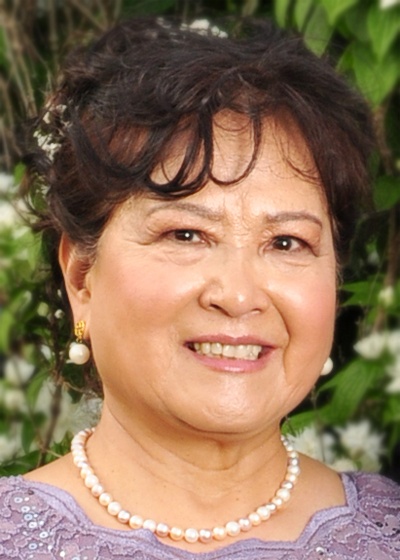 Changhong Yan Lindsey of Frederick, MD, passed away on January 19, 2022, at her home, after a year-long battle against cancer.  She was born on March 25, 1951, in the city of Guanghan in Sichuan Province in China.  Her father Chengzhi Yan passed away in 2001 while her mother Kaihua Xiao is currently 93 years of age.  Changhong is also survived by her husband of two and half years, Chris Cason; three children and seven grandchildren: son Ting (Christine) Xiao and their children, Dylan and Nathan of Frederick, MD; adopted daughter Shu Lindsey (Kevin) Yao and their children, Sophie, Penelope, and Wendy of Milpitas, CA; stepdaughter Emily Lindsey (Micah) Reeves, and their children Elijah and Violet of New Orleans, LA; her sister, Changtao Yan (Xiaolin Tan).

In 1963, Changhong entered Shishi Middle School of Chengdu, but the Cultural Revolution ended her formal secondary education. Between 1969 and 1971, she was sent to the Ningnan County and Qingshen County in Sichuan Province to work on the farms there.  From 1971 to 1975, Changhong worked in Chengdu Plastic Film Factory.  In 1975, she was able to enter Chengdu Institute of Technology and received her bachelor’s degree in 1978 and master’s degree in 1981.  From 1981 to 1985, Changhong worked at the Chinese Academy of Sciences Chengdu Institute of Organic Chemistry.  In 1986, Changhong was awarded a full scholarship from Japan’s Ministry of Education and went to Kyoto University to pursue a Ph.D. in Polymer Chemistry, which she received in 1992.  In May of 1992, Changhong received an associate scholarship from the National Research Council of the, and subsequently came to the United States Army Medical Research Institute of Infectious Diseases (USAMRIID) for her postdoctoral fellowship.  Three years later, she completed her fellowship and was hired as a contractor and then a federal civilian employee at USAMRIID.  Changhong served as a research chemist, principal investigator, and regulatory scientist at different times of her career at USAMRIID until retirement in 2017.

Changhong lived life to the fullest.  She loved to travel and left her footprints all over the world.  She visited the African savanna, saw the aurora borealis, took photos with penguins at Antarctica, strolled through the ancient ruins of Angkor Wat, and went sightseeing in Paris, London, Moscow, among others.  She most treasured her tours of the Great Wall of China, the Terracotta Warriors in Xi’an, and the Jiuzhai Valley National Park located in her home province Sichuan.

Changhong loved her motherland, China, and her Chinese family, to which she sacrificially gave her time and resources.  After the 2018 Sichuan earthquake, Changhong immediately donated to the disaster relief efforts.  Changhong also loved her second country, United States of America and her American family, especially Chris, with whom she had a wonderful marriage.  Changhong loved her work, where she turned many colleagues into longtime friends and earned numerous accolades.

One month before Changhong’s passing, she accepted Jesus Christ as her Lord and Savior and was baptized on December 12, 2021.  During her final days, Changhong enjoyed being in fellowship with her sisters and brothers in Christ from Grace Chinese Church of Frederick.

The family will receive friends at the chapel of Grace Community Church, 5102 Old National Pike, Frederick, MD 21702, on Saturday, January 29, 2022 at 9am EST.  To join the service remotely, please use the following ZOOM details:

Interment will follow at Mount Olivet Cemetery, 515 South Market Street, Frederick, MD, at about 10:45am EST.

To order memorial trees or send flowers to the family in memory of Changhong Lindsey, please visit our flower store.