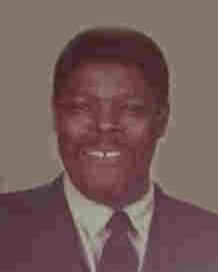 Charles Edward Monroe, 79, of Frederick, Maryland, passed from this life on Friday, October 7, 2022 at Frederick Health Hospital in Frederick, MD.

Born on September 15, 1943, in Frederick, MD, he was the son of the late Thomas Tucker Monroe and Bessie Elizabeth (Diggs) Monroe.

Charles was a graduate of Damascus High school.  He proudly served his country in the U.S. Army.  Charles loved spending time with family and watching football he was a big Washington redskins fan.

He is survived by his sister, Brenda Stewart and Brother Joseph Monroe Sr. (wife Valerie Monroe) host of nieces nephews and cousins

To order memorial trees or send flowers to the family in memory of Charles Edward Monroe, please visit our flower store.