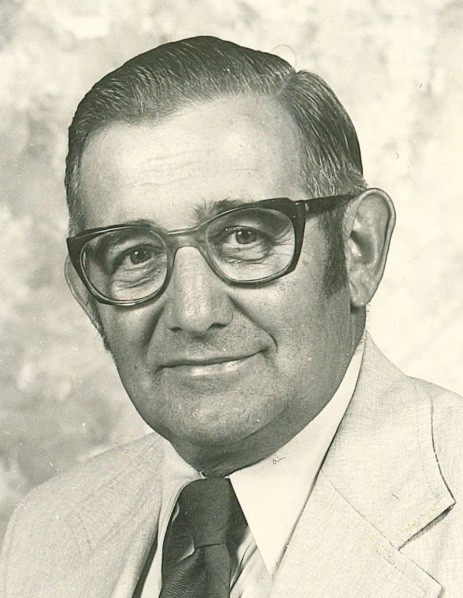 Charles Clifton “Charlie” Smith, long time Jefferson farmer and respected community leader, passed away peacefully on Sunday, February 20, 2022 at the age of 97 at his home surrounded by his loving family. He was the beloved husband of Jane Larue Carmack Smith. Together they celebrated 76 wonderful years of marriage.

Born October 20, 1924, near Lander, Maryland, Charlie was the son of the late Homer L. and Ethel Fawley Smith.

A graduate of Frederick High School, class of 1942, farming was what he loved most besides his family, until he became interested in politics. At the age of eight, the family moved to their new farm in the Jefferson area on Jefferson Pike.  He worked for his parents until 1958, when his family took over the farm following his parent’s retirement. The whole family developed the beautiful Jefferson View Farm. Charlie was involved in numerous organizations throughout his life.  He always said his hobby was volunteering.

Along with his wife, they founded the Frederick County 4-H Camp and Activity Center, serving as its first president. They worked hard to get the agricultural department at Brunswick High School and was a charter and life member of the F.F.A. Alumni, which he helped start.  As president of the Brunswick High School PTA and with Coach Herb Daugherty, they founded the first football boosters club in the first county high school. He, along with several others in 1956 founded the Jefferson Fire Department, where he was presented a life membership, also serving many years as Assistant Fire Chief.

Another one of his greatest interests was helping to organize the Jefferson Ruritan Club, where he had perfect attendance. He held several offices in the club including president several times and went on to be a National Director and National Foundation President with Ruritan National. Additionally, he managed the building functions such as booking weddings, banquets, etc. He and his wife served as kitchen chairpersons for 28 years, including 28 years of making and serving carnival platters at the Jefferson Carnival where he was known for his recipe for fried chicken.

He was inducted into the Maryland Senior Citizen Hall of Fame (also the GERT award), Jefferson Hometown Hero, Honorary America Farmer, Ruritan of the Year, Ruritan Family of the Year and Ruritan Forever Award.  Many will not remember Charlie playing in bands, but he did so with the Old Comraids, Maryland State Guard, Yellow Springs and was President of the Jefferson Band. He was also a member of St. Paul Lutheran band and Frederick High School band.

He was a member of St. Paul Lutheran Church in Jefferson, MD, where he served as Sunday school leader, council president many times, treasurer and property chairperson where he witnessed many transformations of the church building. When the three church parishes, St. Paul, Mt. Zion and St. Luke, chose to part, he served as chairperson of the committee.

The Smiths were Farm Family of the year in MD, PTA Family of the Year and received the Community Foundation Wertheimer Fellows Award for excellence in volunteering, giving $10,000.00 to the Frederick County 4-H camp center.

Charles and Jane Smith were fortunate enough to travel nationally and internationally under President Eisenhower's People to People Program to promote better understanding and goodwill among people around the world.  Jane and Charles were part of a delegation of Maryland Agriculture, who traveled to the Soviet Union and five other countries to meet farm leaders to discuss mutual concerns and interests. For various periods of time their family hosted foreign exchange students from Ecuador, Brazil, India, Philippines and many other overseas visitors.

He is survived by his wife, Jane; three sons, Dwight (Terri), Wayne (Cathy) and Kevin; grandchildren, Crystal, Bradley, Brandon (Courtney), Ashley and Shauna; 3 great-grandchildren, Camden Preston, Elliott Blaine, and Avery Jane Smith.  He is also survived by sisters, Betty Huffer and Evelyn Summers (Charles), special friend Karenna Smith, a special niece and nephew, Dexter and Sandra Critel, and many nieces, nephews and additional family members. Charlie was predeceased in death by a granddaughter, Dawn Renee Smith. He will be remembered by many special dear friends.

He leaves behind a well-established legacy and will be greatly missed.

If you so desire you may send memorial contributions to the scholarship fund for Dawn Renee Smith at the Community Foundation, 312 East Church Street, Frederick, MD 21701 to help others, as she was a student at Frederick Community College or donate to the 4H Camp and Activity Center at 3702 Basford Road Frederick, MD. 21703.

The family would like to thank all of the nurses from Frederick Health Hospice and special friend, Teresa Stine.

Funeral services will begin at 11 a.m. on Friday, February 25 from St. Paul Lutheran Church in Jefferson, with the family receiving friends from 10 to 11 a.m. at church. Officiating will be Pastor Ginny Price and Pastor Richard Schoenly.

To order memorial trees or send flowers to the family in memory of Charles Clifton "Charlie" Smith, please visit our flower store.