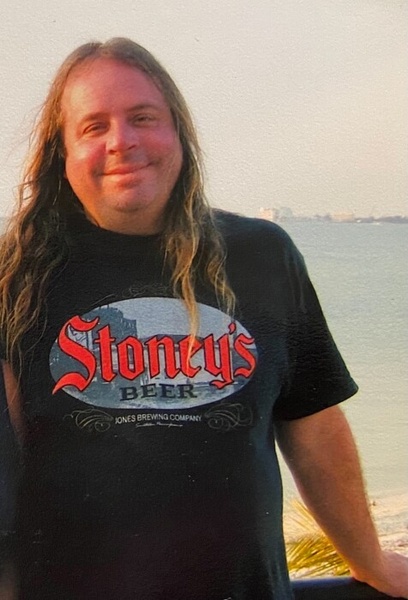 It was during his high school years that Chris first discovered what would be his life’s work, music, specifically the heavy metal genre.  Chris was a self taught sound technician working live sound, and recording albums. In 1987, Chris toured the country with the hard rock group Trouble.  Chris worked closely with bands The Obsessed, Asylum/Unorthodox, Internal Void, Indestroy, Pentagram and others. In 1988, Chris then worked sound for Chuck Brown and the Soul Searchers in Washington, D.C.  In 1993/94 Chris re-connected with the re-formed group The Obsessed touring internationally alongside the bands White Zombie and The Melvins. From this relationship, Chris then toured the world with The Melvins as their sound man through 1996.

After living many years on the road, Chris concentrated more on building an in home studio which he named Polar Bear Lair. This is where he focused once again on the local hard rock scene. In 2007, Chris was approached by the members of the band, Blue Cheer. At this time he worked on recording their final album, and worked the sound for their final tour. The rest of Chris’s professional life was working Folk music festivals across the country, as well as local shows, events, and conferences. This was Chris’s love and passion to record music he enjoyed. Through his professional experiences Chris developed many close life long friendships.

Chris had a huge heart and was there to lend a hand to his family, friends and those close to him.  His cats meant so very much to him.  Chris loved the outdoors, fishing, kayaking, antiques, especially Pennsylvania beer memorabilia, music memorabilia, and 1970's Mopar cars.  Chris loved his time touring the country and the world. He could tell you precisely where to grab good food, or a beer in any town anywhere. He seemed to know every corner of so much of the world.

Chris’s strong personality and interests influenced his family more then he ever realized, and we will miss him forever.  He is survived by his mom, Diane Kozlowski, his brothers, Jon Kozlowski and Josh Kozlowski (wife Jaclyn), and sister Rachel Ablondi (husband David), and nephews, Andrew, Collin, Jaxson, Eli, and nieces Amelia, Ava, Jenna, Savannah and Ivy.

A private celebration of life will be held at a later date. Chris will be laid to rest at Fairview Cemetery in Westfield, New Jersey.

Memorial donations may be made in Chris’s name to the cat rescue, 4Paws Rescue Team, P.O.Box 2908 Merrifield, Virginia 22116.

To order memorial trees or send flowers to the family in memory of Christopher Kozlowski, please visit our flower store.