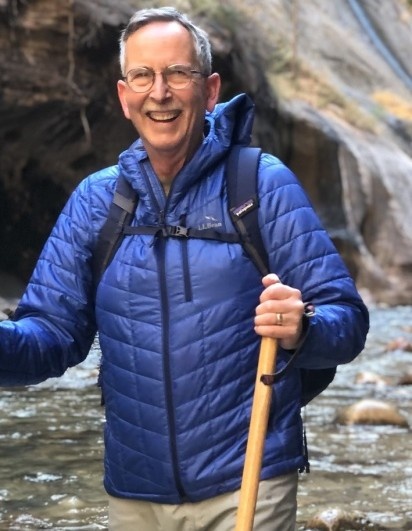 Christopher Haydn Walters, 69, of Ijamsville died Friday, October 1, 2021, at his home surrounded by his loving family. He was the husband of Susan G. Walters for nearly 43 years.

Born July 10, 1952, in Richmond, Virginia, he was the son of the late Leonard Moore Walters and Mary Jo (Oslin) Walters.

Chris graduated from William and Mary College with a bachelor's degree in business in 1974, and received his MBA from George Washington University in 1981.

He started his career as an information technology programmer with the FBI where he met his future wife, Sue. He continued working in the field as a programmer analyst until retiring as Vice President Information Technology in 2013.

Chris was a member of St. Ignatius Catholic Church in Ijamsville, MD. For many years, he sang in the church choir and was active with the music ministry. An avid musician, Chris was a vocalist and guitarist in Electric Tooth and Rocking Horse, two college rock bands.

He loved camping, dinners out with family, trips to the beach, his dogs, and was an avid Washington Football Team and Baltimore Orioles fan. Above all, he loved spending time with his family, especially his grandchildren.

Chris was loved by all and will be greatly missed.

He was predeceased by two brothers, Steve and Tim Walters.

The family will receive friends from six to eight p.m. on Wednesday, October 6, 2021, at Stauffer Funeral Home, 1621 Opossumtown Pike, Frederick.

In lieu of flowers, the family suggests a contribution in Christopher's name to either the St. Ignatius Building Fund, or to the charity of your choice.

To order memorial trees or send flowers to the family in memory of Christopher Walters, please visit our flower store.