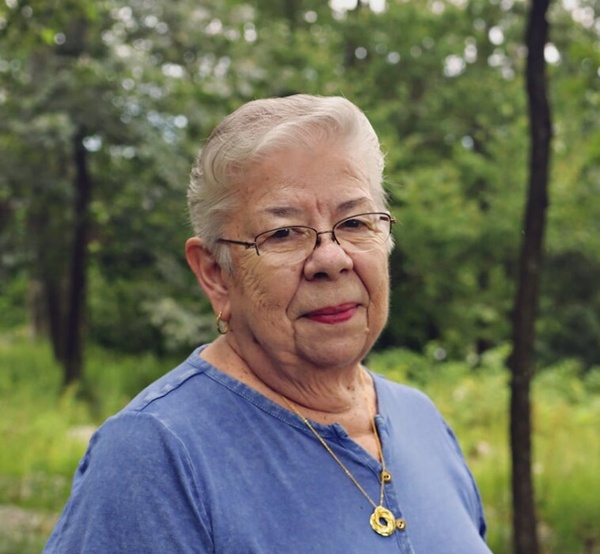 Mrs. Cinda “Cindy” Jean (Cecil) Spurrier, 77, of Middletown, died peacefully surrounded by family on Saturday, Nov. 27, 2021 at her home following a valiant five-month battle with lung cancer. She was the wife of the late Kenneth “Kenny” Wayne Spurrier for 46 years, who predeceased her in 2008.

Born on July 27, 1944, in Frederick, MD, she was the daughter of the late Rose Stitely Cecil and Alvie Henry Cecil.

A lifelong resident of Frederick and Middletown, MD, Cindy and her beloved Kenny owned and operated Barnes Cabinet Shop for 30 years before his passing and her retirement. She and Kenny loved sharing their home with their family and friends, as it was host to countless times spent together for parties, holidays, and summertimes around their pool. She and Kenny were enthusiastic travelers in the series of campers and motor coaches they owned over the years. They explored the United States and made many friends with their “Bounder Buddies”, notably Arlene and Tom Moss. Cindy, or “MomMom” as she was known to her grand- and great-grandchildren, was an amazing cook and her family greatly enjoyed Sunday dinners at her house, and later at the home of her daughter and son-in-law, Gina and Brad, whom she resided with for the past eleven years. She was also an accomplished seamstress and quilter, serving as the in-house seamstress for Gina’s 24/7 Dance Studio for many years.

She is also survived by her sister-in-law, Francis Cecil; nieces Dawn Olson and her husband Eric, and Angie Cecil; nephew Rodney Cecil and his wife Shara; and numerous great-nephews, great-nieces, extended family and many friends.

In addition to her parents and husband, she was predeceased by her brother, Ronald E. Cecil.

In lieu of flowers, memorial contributions may be made to Frederick Health Hospice, 1 Frederick Health Way, Frederick, MD 21701 or online at https://www.frederickhealthhospice.org/Donate-Support.aspx .

To order memorial trees or send flowers to the family in memory of Cinda "Cindy" Spurrier, please visit our flower store.