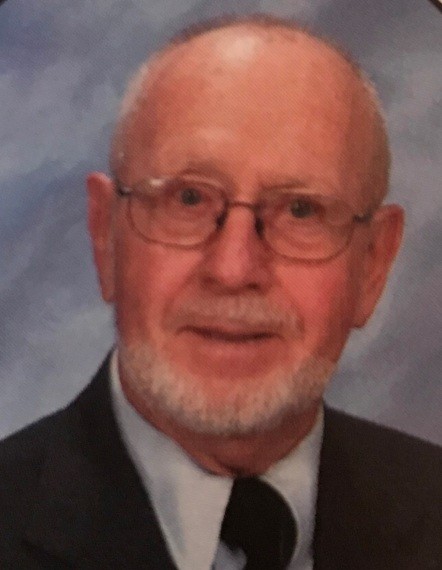 Clarence Lee Willard, age 89, of Thurmont and eldest son of Manuel and Dorothy Lewis Willard passed away on February 7, 2021 at Meritus Hospital in Hagerstown. He slipped on the ice at his home and died four days later from injuries incurred from the fall.

He is survived by Betty Willard, his wife of sixty-six wonderful years. Survivors also include a sister Beverly Scott and husband Joseph, a brother Tommy Willard, brothers-in-law Gideon Willard and wife, Alta, sisters-in-law Ella Raby and Barbara Willard, and several nieces and nephews that include David and Kimbra Grimm and Rickey Willard who have showed many acts of kindness that were greatly appreciated by Uncle Lee and Aunt Betty. Lee was predeceased in death by a brother, Ronald Willard and four brothers-in-law, Kenneth Willard, David Willard, Howard Willard and Steven Willard.

Lee graduated from Thurmont High School in 1950 and shortly there after was drafted into the U.S. Army where he served in the Signal Corps during active duty in the Korean War. He was stationed near Chonqdo. After an honorary discharge from the armed services, he returned home to marry an elementary school teacher, Betty Willard.

Soon after Lee enrolled in a four year apprenticeship program at Hoke's Furniture Company in Thurmont. After 30 years making furniture and grandfather clocks he retired as superintendent of the plant. He especially enjoyed sharing his woodworking skills with the newly hired employees. He also had many customers for special request cabinetry and grandfather clocks from his home shop. Lee considered his master piece to be a cherry break front cupboard with Carpathian elm burl inlays, which was sold to the manager of Blair House on Pennsylvania Avenue in Washington, D.C. Later he worked ten more years for Schildt Construction Co.

Lee enjoyed reading, hunting, gardening and raising Angus steers. One of his greatest joys was traveling with Diakonia Travel.

He was a lifetime active member of Mt. Bethel United Methodist Church in Foxville where he served in several capacities; namely, church lay leader, adult Sunday School teacher, choir member, administrative board member and trustee. He was a United Methodist Church lay speaker certified by the Baltimore Washington Conference for many years. He greatly enjoyed conducting a worship service. Lee also helped with the research as he and his wife wrote a history book entitled Methodism, From Epworth to Bethel.

Lee liked to reminisce about his early childhood summer experiences at his Grandfather Lewis' farm. He enjoyed hoeing in the cornfields and pulling weeds in the vegetable garden. He liked to walk beside his grandfather as he worked with the horses because he wanted to discover how those gentle giants were so easily controlled by a few whispers. Other favorite experiences were eating his grandmother's delicious meals that were always topped off with pie. Later he would sleep all night outside in a screened-in-porch so he could listen to the nocturnal language of the farm denizens.

Lee decided as a little boy to follow his grandfather's examples: one of his life's goals would be to never utter a curse word. This he proudly accomplished.

All who knew Lee will remember him as a kind and gentle man who "practiced what he preached." God's words still reverberate down through the ages: "Well done thy good and faithful servant." Lee's earthly journey has ended. May he rest in peace as he experiences bliss with his Heavenly Father.

Visitation will be held at Mt. Bethel U.M. Church in Foxville on Saturday, February 13 from 1 to 2 p.m.

Covid-19 requirements will be observed (masks and social distancing).

Interment will be in the church cemetery.

Stauffer Funeral Home, Thurmont, is in charge of arrangements. Expressions of sympathy may be shared with the family at www.staufferfuneralhome.com.

To order memorial trees or send flowers to the family in memory of Clarence Willard, please visit our flower store.