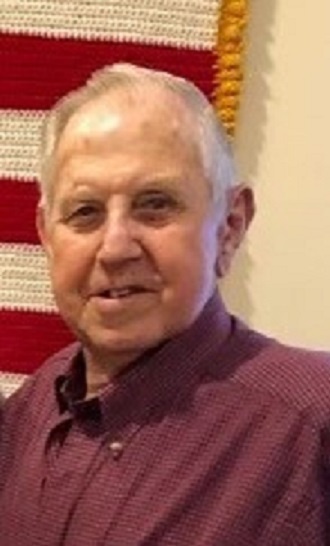 Claude “Jack” William Eccard, 90, of Keedysville, Maryland, passed from this life on July 16, 2022 surrounded by his family at Doey’s House in Hagerstown, Maryland, after a long battle with heart disease and cancer. Born February 4, 1932, he was the beloved husband and caregiver for his paraplegic wife of 27 years, the late Arbutus “Boots” Virginia (Churchey) Eccard, to whom he married on December 24, 1951 and was married to for 62 years before her passing.

Born February 4, 1932 in Mt. Lena, Maryland, he was the son of the late David C. Eccard and Olive M. (Fisher) Eccard. Jack attended various elementary schools through 6th grade, but his knowledge well surpassed his formal education. He was an avid fisherman, often knowing where the fish could be caught; passionate hunter, and was called “wing shot” for his keen ability to shoot his prey; and secretive mushroom hunter, as most are. He rarely came home empty handed! He also drag raced in the late 50’s and knew a lot about cars, especially Fords. Jack also liked to gather with family and friends to enjoy steamed crabs or crab cake sandwiches. He was a member of the First Christian Church in Boonsboro, Maryland.

Jack was a veteran, having served in the U.S. Army during the Korean War. He was a member of the Hagerstown AMVETS and Clopper-Michael American Legion Post 10 for many years. After the Army, he worked in road construction and then Norris Ford in Dundalk, Maryland as a transmission specialist. Heart issues forced him to take a job closer to home so he became a Custodial Supervisor for Boonsboro High School until his retirement.

He was preceded in death by one brother, George D. Eccard.

The family will receive friends and family at 10 a.m. on Tuesday, July 26, 2022 at Bast-Stauffer Funeral Home, 7606 Old National Pike, Boonsboro; after which, the service will begin at 11 a.m. with Pastor Ben Manning officiating. Interment will follow at the Beaver Creek Cemetery.

In lieu of flowers, memorial donations may be made to the First Christian Church, 12A St Paul St, Boonsboro, MD 21713; or Hospice of Washington County at Doey’s House, 11370 Caring Pathway Lane, Hagerstown, MD 21742.

Memories and expressions of sympathy may be shared at www.baststaufferfuneralhome.com.

To order memorial trees or send flowers to the family in memory of Claude Eccard, please visit our flower store.