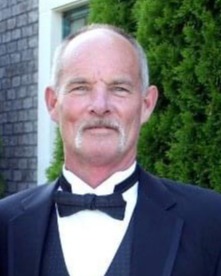 Clifford Martin "Cliff" Owens, 65, of Brunswick died Monday, January 16, 2023 at his home from an aggressive form of Melanoma. He was surrounded by his loving family and his wife of 42 years, Patti.

Born August 31, 1957 in Washington, DC, he was the son of the late Clarence Julian Owens III and Mary Teresa (Hawkins) Owens.

Cliff enjoyed nothing more in life than spending time with his children and grandchildren. In earlier years, he coached his children in youth sports. He more recently enjoyed attending his grandchildren's sporting events.

Cliff was a life member and past-president of the Brunswick Volunteer Ambulance Company.

He loved spending his summers by the pool and beach and visiting the golf course. He was a member of Holy Family Catholic Community.

Cliff  was loved by all and will be greatly missed.

He was predeceased by his parents, and his sister Terry Wilcoxon.

The funeral at Holy Family Catholic Church will be held at 11am on Monday, January 23rd. The address is 7321 Burkittsville Rd. Middletown, MD 21769.

In lieu of flowers, donations may be made to the Cystic Fibrosis Foundation online at https://give.cff.org/annualfund/Fighting-CF-with-Iron?tab=MyInfo; or to the Epilepsy Foundation.