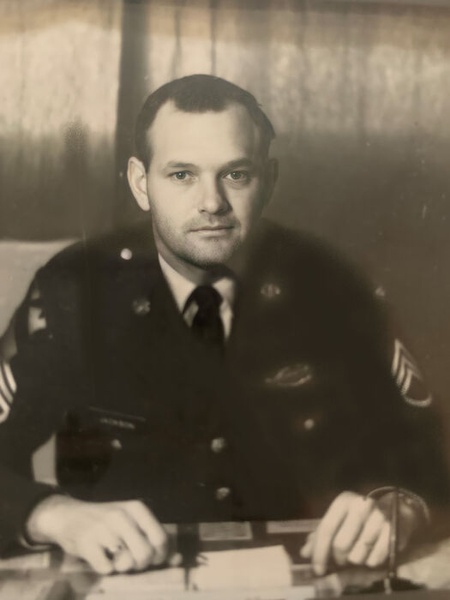 Clyde "Jack" E. Jackson , 90, of Frederick, passed from this life on Sunday, September 26, 2021 at his home.  He was the husband of 55 years to the late Cynthia F. Jackson, who preceded him in death in 2018.  Born on February 6, 1931, in Beverly, OH, he was the son of Clyde Baker Jackson and Sara Ceola (Groves) Jackson.
Mr. Jackson was a veteran of the US Army, having served in the Korean War, Vietnam, in Germany, Iraq, at the Pentagon and at Fort Detrick and also worked at Sun Life Company.  He was a member of the VFW and at Marvin Chapel UMC.  Jack enjoyed boating in the Chesapeake Bay and enjoyed his friends and family.  He loved hunting and his pets.
He is survived by grandsons: Eddie Lease and wife Jessie Lease, Gregory Lease and wife Karen Lease; grand-daughter Mindy Lease; great-grandchildren: Marshall Lease, Avery Lease, Ben Lease and Alex Lease.  In addition to his wife and parents, he was preceded in death by a great-grandson, Graham Lease.
A private burial alongside his wife and step-son will be held at Marvin Chapel Cemetery, Mt. Airy.
Expressions of sympathy may be offered to the family at www.StaufferFuneralHome.com.

To order memorial trees or send flowers to the family in memory of Clyde "Jack" Jackson, please visit our flower store.