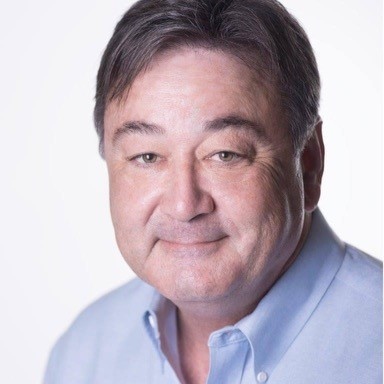 Daniel Patrick Hardey, age 63 of Frederick, Maryland passed away peacefully at home from colon cancer on October 29, 2021.  Danny was born on January 16, 1958 in Bethesda, Maryland to the late Robert L. Hardey and Elizabeth Dolorine McCusker Hardey. In 1966, he moved with his family to Lovettsville, Virginia. He graduated from Loudoun Valley High School in 1976. Soon after, he moved to Frederick, Maryland where he lived until his death.
Danny had a passion for family, music (both singing and playing bass in several local bands over the years), commercial real estate and property management, history, home remodeling, and cooking. His great humor and sense of fun made him instantly likeable and many of his one-liners live on in family lore.
Danny’s daughters Katie and Megan meant the world to him.  Because of this, he was active in the Banner School community from 2004 through 2015, not just as a parent, but also on the Board of Trustees.  He also functioned as project manager of multiple building renovation projects including the primary building and science lab.
Danny was also a member of the local Habitat for Humanity board, interested and dedicated to their work and philosophy.  And became a popular friendly face in downtown Frederick while managing his family’s building at 154 North Market Street for a time.  Danny knew many people in the real estate, construction, electrical and plumbing fields due to his interest in those areas as well as his personal expertise honed over the years with his own home remodeling projects for both family homes at Catoctin and Magnolia Avenues as well as his parents’ farmhouse in Lovettsville, VA.   In addition, Danny was friends with many local musicians due to his singing, bass playing, running sound and active appreciation of the local music scene in its heyday.  Danny’s career included work in construction, carpentry, painting, his own handyman business, as a city assistant surveyor and city code management inspector, property management, and commercial real estate.
Danny is survived by his wife, Susan Callan Hardey, and his two daughters: Katie of Austin, Texas, and Megan of High Point, North Carolina. He is also survived by his five siblings and their spouses, his Aunt Joan from his mother’s family, his seven siblings-in-law and their spouses, as well as numerous cousins, nieces and nephews.
A Mass of Christian Burial will be held at 1:30 PM on Saturday, November 13, 2021, at St. John the Evangelist Catholic Church, 118 East 2nd Street, Frederick, Maryland, with inurnment in Mt. Olivet Cemetery at a later date.  The family asks that masks be worn during the indoor service.
In lieu of flowers, the family suggests memorial contributions to the Music Program at St. John’s Regional Catholic School or Frederick Health Hospice, in his name.  Donations to St. John’s should be sent to 8414 Opossumtown Pike, Frederick MD 21702, Attn: Music Program.  To donate to Frederick Health Hospice, a tribute gift may be donated at <https://www.frederickhealthhospice.org/Tribute-Gifts.aspx>.
Arrangements made by Stauffer Funeral Home, Frederick, Maryland.   Please visit <https://www.staufferfuneralhome.com> to express condolences to the family.

To order memorial trees or send flowers to the family in memory of Daniel Hardey, please visit our flower store.