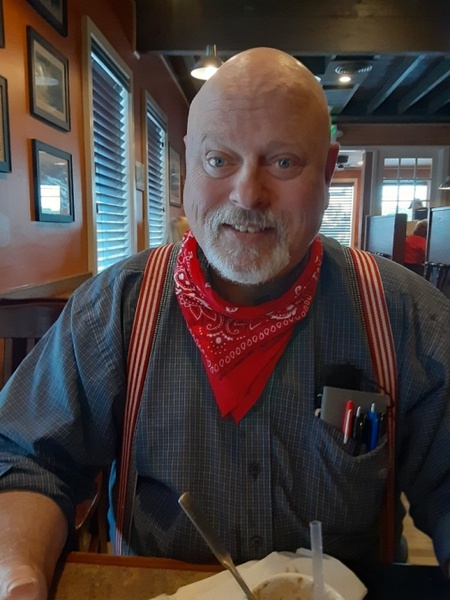 David Lincoln Keffer of Monrovia, MD, age 59, was born April 4, 1962, in Washington, DC to Ruth Daley and the late Robert Keffer and went to be with his Lord and Savior February 7, 2022. Even though he did not achieve all his goals here on Earth, he achieved his ultimate goal: being in the arms of Jesus.
He was a loving husband, an amazing father, and loyal best friend. He leaves behind his beloved wife, Lisa Keffer of Monrovia, MD. They were inseparable, two peas in a pod, best friends for life, she was there holding his hand until his last breath. His last gaze was on her and his next was on the Lord.
He leaves behind his children David and Ashley Meachum, Hillary and Joseph Rosario, Madelyn and John Slagle, Spencer and Tiffany Meachum, Austin Meachum and fiancé Sierra Rockinberg, Autumn Meachum, Caroline Keffer, Garrison Meachum and fiancé Taylor Houck. He also leaves behind his grandchildren: Matthew, Jonathan, Isabelle, Gabrielle, Arabelle, Noelle, Jasmine, Robert, Stephen, Julian, Elena, Arialle, Peyton, Aurora, Jaxen, Aydin, Axxel, Penelope, Malachi, and Misty. Along with his huge family, he leaves behind his mother, Ruth Daley and stepfather Ed, siblings Kathy Croney, Cindy Sellers, and Paul Keffer. Also, his cousin Allan Keffer who he loved like a brother. A very special friend Stanley Gibson. He also leaves behind numerous nieces and nephews.
David was part of the Local 602. If he was not welding or doing anything work related, you could find him talking to anyone about anything and everything. When talking to him, he made you feel like you’ve known him for years even if you met him five minutes ago. But mostly he loved talking about the Lord and sharing the word with everyone. Due to his passion about the Lord, he became an ordained minister. Any chance he got he would preach, even when cooking bacon.
Family will receive friends From 2-4 and 6-8 PM on Friday February 11, 2022, at Stauffer Funeral Home, 8 E. Ridgeville Blvd in Mount Airy, where funeral service will be on Saturday, February 12, at 2pm. Graveside and reception to follow.
To order memorial trees or send flowers to the family in memory of David Keffer, please visit our flower store.