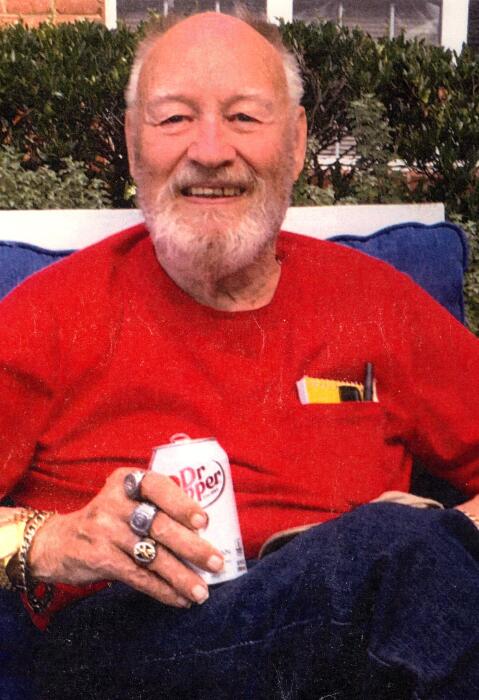 He was the loving husband of Martha Meadows, his wife of 60 years.

He was educated in the Frederick County Schools and attended Gettsyburg College.  David excelled in baseball, football, and basketball in both high school and college.  He served in the US Marine Corps, and began his lifelong career with Meadows Van and Storage, becoming president in 1967.

David served on boards of Fredericktown/Mercantile Bank, Frederick Memorial Hospital, Goodwill Industries, and the Frederick County Physical Fitness Commission.  He is a lifelong member of All Saints Episcopal Church and served more than one term on the vestry.

He was an avid canoeist and backpacker throughout his adult years and enjoyed camping with his family.  He was one of the co-founders and charter members of the Monocacy Canoe Club.  He enjoyed relaxing in his mountain home "Thanksgiving 1968"

In addition to his wife, he is survived by their children, April Meadows, David Meadows, II and wife, Leanna and Melanie Stuart and husband, John.  He is also survived by three grandchildren, Bryce Meadows, Corryn Meadows and Ryan Stuart; sisters, Jaime Dixon and Tena O'Rear and his beloved cat, Tabby.

A celebration of David's life will take place at 1:30 pm on Friday, June 18, 2021, at All Saint's Episcopal Church, 106 W. Church Street in Frederick, Maryland 21701.  Interment will follow at the church columbarium.

To order memorial trees or send flowers to the family in memory of David Meadows, please visit our flower store.