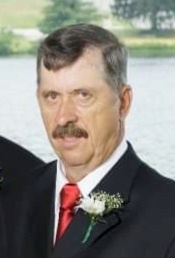 David Henry Roelkey, IV, age 76, of Keedysville, Maryland, went to be with the Lord and Cherished family members on Monday, December 13, 2021. He is the son of Eleanor (Hawkins) and David H Roelkey, III.

He was born on October 31, 1945 in Frederick, Maryland. He was a 1964 graduate of Brunswick High School. He was an active member of Mt. Nebo United Methodist Church and a valued member of his community. He was the owner and operator of David H. Roelkey and Sons Construction Company for 44 years.

David is the beloved husband of Mary Ellen (Taylor) Roelkey for 46 years; in addition to his wife, he is survived by his daughter, Sue (Roelkey) Kolkka and husband, Dave, and his son, David H Roelkey, V and wife, Jessica; grandchildren, Emily Nicole Kolkka, John Scott, Alisyn Paige, and David H. Roelkey, VI.

He was predeceased by his brother, John W Roelkey; and his son, Scott Giffin.

To order memorial trees or send flowers to the family in memory of David Roelkey, IV, please visit our flower store.