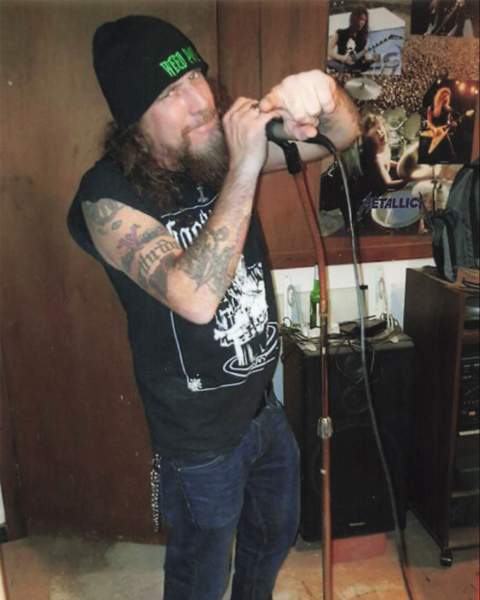 David Gary Sherman, 55, of Clarksburg, Maryland, passed from this life on Sunday, September 4, 2022.

Born on October 16, 1966,in Washington, DC, he was the son of Zella Corrine (Getty) Sherman of Clarksburg and the late Arnold Barry Sherman.

David was employed as an electrician by Provident Electric.  He was a wonderful musician and songwriter.  His stage presence and talent was respected by his peers.  It is said when he was on stage, he owned it.  He traveled the world as a member of many bands including: Shine, Earthride, Weed is Weed, Pendulum, Wretched, The Obsessed, Spirit Caravan, Galactric Cross, Pillbilly and others.

In addition to his mother he is survived by his Uncle & Aunt Leonard and Selma Sherman, Cousins Abe & Susan Zwany & family, and Cousin George D. Getty, Jr, and others.

The family will receive friends from 5-8 PM on Thursday September 15 at Stauffer Funeral Homes, 1621 Opossumtown Pike, Frederick, MD and food will be provided.

Funeral services and interment will be at the grave site Friday September 16 at 10:30 AM located at Mt. Olivet Cemetery, 515 S Market St, Frederick, MD 21701.  Grave site is at the rear of the cemetery next to the mausoleum.

To order memorial trees or send flowers to the family in memory of David Gary Sherman, please visit our flower store.