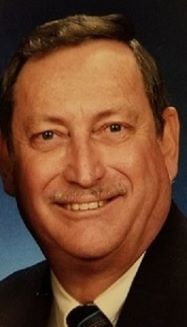 Mr. David Spencer Stockman, 75, of Jefferson, died Sunday, November 7, 2021 at the University of Maryland Medical Center. He is survived by his life partner of 37 years, Carolyn Casper.

Born February 27, 1946 in Jefferson, he was the son of the late Charles Joshua Stockman and Ruth Charlotte (Nusz) Stockman.

His work career began as a draftsman at Todd Steel/ Standard Building Systems/ Canam Steel in Point of Rocks, MD. He then worked as a salesman for Superior Concrete, later returning to Canam Steel where he retired.

Following retirement, Mr. Stockman worked at H.C. Summers in Jefferson, where he loved being around people and helping others.

A life-long member of St. Paul Lutheran Church in Jefferson, he enjoyed singing in the church choir. He also sang in a quartet for many years.

He was predeceased by his parents, a sister-in-law, Wanda Stockman; and a brother-in-law, Clarence Miller.

Funeral services will begin at 10 a.m. on Saturday, November 13 at St. Paul Lutheran Church in Jefferson.

If desired, memorial contributions may be made to St. Paul Lutheran Church or Jefferson Fire Dept.

To order memorial trees or send flowers to the family in memory of David Stockman, please visit our flower store.