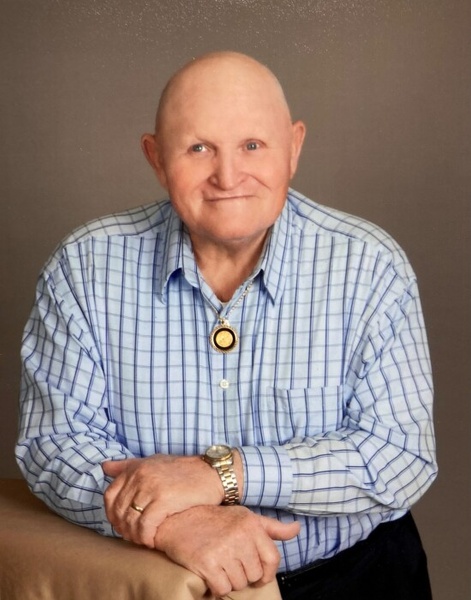 David Theodore "Ted" Zimmerman, 83, of Jefferson, Maryland, passed from this life on Sunday, October 3, 2021 at Chambersburg Hospital in Chambersburg.

Born on May 14, 1938, in Frederick, MD, he was the son of the late Halfdan Joseph Zimmerman and E. Virginia Biser Zimmerman.

Ted attended Frederick High School.  He grew up on the family farm in Jefferson with his parents and four siblings.  He started his work career on the Henry Keller farm doing carpentry work.  Ted was later employed by David C. Smith and Sons Construction Company, where he worked for over 45 years.  He was a superintendent in the company building homes in Montgomery County and around the area.   Ted loved working with his hands and doing carpentry work even in later life.

Ted was a member of the Catoctin Colorfest Committee in Thurmont. He and his previous late wife, Barbara, were crafters that specialized in making mohair teddy bears and animal twirlers.  They traveled to many craft and bear shows in the area to sell their products.  He also helped his brother, Skip, with craft and steam engine shows selling cornmeal.

Besides being a community man, Ted was also a family man.  He loved to spend time with his family, especially his wife, Joan.  He wanted her by his side at all times and loved her dearly.  He loved to travel with Joan taking vacations whenever they could.  He was an active member of St. Paul Lutheran Church in Jefferson.

He is survived by his wife, Joan M. Zimmerman; son, David Zimmerman, of Jefferson and special friend Tina Hoopengardner; daughter, Kathy Wolford and husband, Bernie, of Frederick; grandson, Brian Wolford and wife, Jenna; and great-granddaughter, Katherine, of Taneytown.  He is also survived by his brothers, Maurice (Skip) Zimmerman and Eleanor Still of WV, and Emory Zimmerman and wife, Barbara, of Lewistown; sisters, Virginia Glenn, of PA, and Alice Miller and husband, Bob, of Lanham, MD; and many nieces and nephews.  Ted is also survived by several step children; grandchildren; and special friends. Ted also adored Nala Wright, a very special little girl in his life.

In addition to his parents, he is preceded in death by his brother in-law, Bill Glenn, of PA.

To order memorial trees or send flowers to the family in memory of David Zimmerman, please visit our flower store.