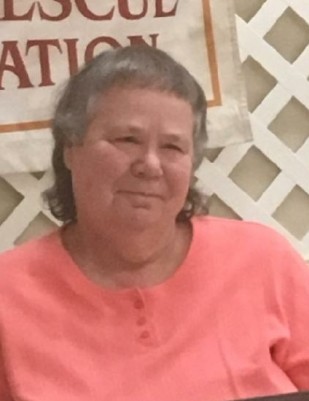 Deborah Jean (Abrecht) Perkins, 69, of Frederick, Maryland, passed away unexpectedly April 21, 2021, at home.  Debbie was born on December 26, 1951, in Frederick, Maryland, to the late Cletta P. (Deater) Abrecht and the late Grayson M. Abrecht, Sr.  She was a 1969 graduate of Governor Thomas Johnson High School.
Debbie is survived by her brothers, Grayson M. “(Jeep)” Abrecht Jr., Charles E. Abrecht, John E. Abrecht, nephews, Grayson M. Abrecht III, John (JJ) Abrecht, Shaun M. Abrecht,  Bret M. Abrecht Sr., Cameron M. Abrecht, Shaun A. Abrecht, Jack Monroe, Bret M. Abrecht Jr., Carson A. Humphrey, Levi J.C. Cooley: nieces, Aimee R. Abrecht, Shannon N. Monroe, Barbara Nixon, Samiya Abrecht, Kayden Monroe, Charlie L. (Chuck) Abrecht-Haji, Ashlynn M. Humphrey, Savannah R. Abrecht.
She will be remembered by Aunt and Uncle Joy & Jim Deater and the vast Deater clan; Jane Bopst, Tim, Kim & Jessie Shelton, Ruth & Harold “Babe” Adkins and the breakfast club.
Debbie was very active in the Junior Fire Company and The Ladies Auxiliary of the Junior Fire Company.  She served for many years as a Director of the fire company.  At the time of her death she was serving as Treasurer of the Ladies Auxiliary, a position she had held for many, many years.  Debbie was awarded Life Membership in the Junior Fire Company in 1991.  She had also belonged to the Ladies Auxiliary of the United Steam Fire Engine Company, having served as President of that organization.
Debbie was elected to the Ladies Auxiliary of the Ladies Auxiliary to Maryland State Firemen’s Association Hall of Fame in 2016, and the Frederick County Volunteer Fire and Rescue Association Hall of Fame in 2017.
Debbie was always willing to help with any task ask of her.  She was never shy or afraid to give her thoughts or opinions, she had a heart of gold and was always there when we needed her.
The family will receive friends from 4 to 7 p.m. on Sunday, April 25, 2021, at Stauffer Funeral Home, 1621 Opossumtown Pike, Frederick, MD 21702.
A funeral service will be held at 11 a.m. on Monday, April 26, 2021, at the Evangelical Reformed United Church of Christ, 15 West Church St., Frederick, MD 21701 with the Rev. Barbara Kershner-Daniel officiating.  The family will receive friends on Monday from 10 a.m. until the time of the service.  Interment will follow in Mount Olivet Cemetery, Frederick.
In lieu of flowers, memorial donations may be made in her name to the Junior Fire Company, 535 N. Market Street, Frederick, MD 21701.

To order memorial trees or send flowers to the family in memory of Deborah Perkins, please visit our flower store.