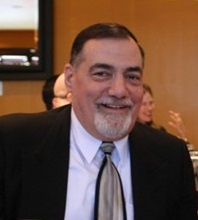 Demetrios was born on in Washington DC, the son of the late Speros Demetrios Mustakas and Mary (Vassos) Mustakas.  He was married to Lisa (Lawlor) Mustakas in 1975. Together they raised three children. Demetrios worked as a salesman most of his career until he retired. Always competitive he played to win at arm wrestling, shooting pool, throwing darts, racquetball, and the video game version of any competitive sport. He was a Vietnam veteran serving as an army medic.

Family will plan a memorial reception at a future date. All friends and family will be welcome to that event to remember him.

To order memorial trees or send flowers to the family in memory of Demetrios Speros Mustakas Sr., please visit our flower store.