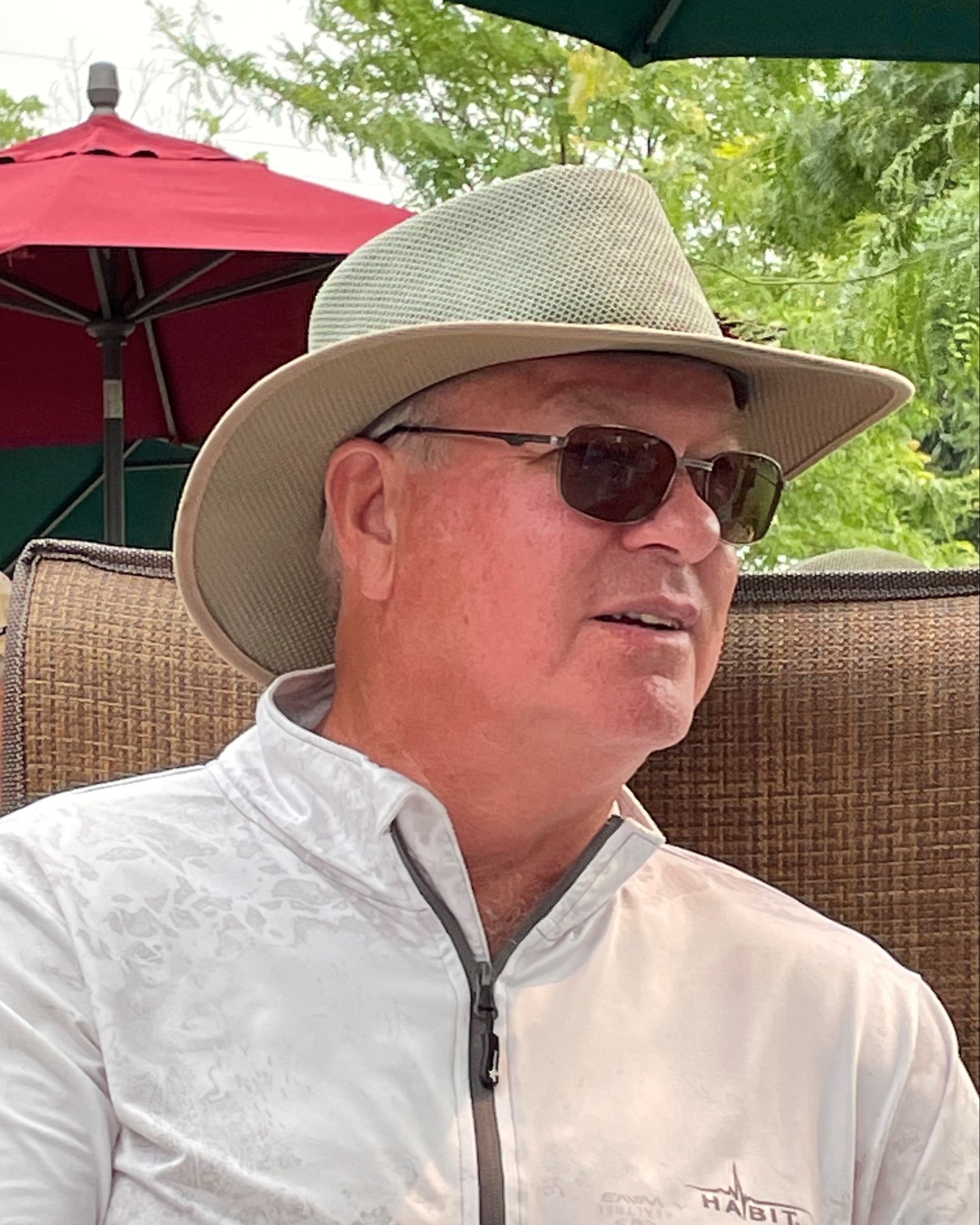 Dennis Edwin Saylor, 69, of Big Fork, Montana, passed from this life peacefully on December 28, 2022 surrounded by the love of his wife Carol Sadeckas and his family.

He was born on April 4, 1953, in Frederick, MD. He was the son of the late Charles William Saylor, Sr., and Ruth Catherine (Ramsburg) Saylor.

Dennis had a ready smile and a mischievous streak. He had a work ethic born of growing up on a dairy farm, but he also knew how to have fun.

He graduated from Walkersville High School in 1971. Deciding farming was not his future, Dennis went after a different life-full speed ahead.

He put himself through college, first attending Frederick Community College at night after a full day’s work on the farm. He eventually transferred to Shepherd University in Shepherdstown, W.V., where he earned a bachelor’s degree in IT and Accounting.

Dennis started out in customer service and sales. In those early days when he visited his parents on the farm, technology allowed him to bring his work with him. Come evening, he’d plug in his equipment and get to work. It was not uncommon for him to still be sitting at the kitchen table come morning answering calls from all over the world.

That willingness to work hard propelled him into a successful career working for companies such as GE and AOL. He spent time in Kuwait and traveled extensively.

But he retired to an area he felt was one of the most beautiful in the world-the American West. Living first in Idaho and then Montana, and wintering in Arizona. These were also perfect locations for the activities he loved-fishing, skiing, golfing, rollerblading and cycling. He loved being in motion.

And for all his passion for those things, the thing he loved the most was his family. He was one of six children. He had many aunts, uncles, and cousins. He was blessed with numerous nieces and nephews that he cherished.

When he still lived in the area, he surprised family members with visits and outings. After moving out West, he always made it a priority to regularly travel back to Maryland to spend time, often organizing meals to bring extended family together.

He was generous with time and treasure. He was always the one to raise his hand and say, “I’ll take care of it. I’ll help you.” Nothing brought him more joy. He became a beacon for his family and it was a role he relished. That is what inspired him to fight so hard against an aggressive opponent that he ultimately could not beat.

He never wanted to let anyone down. And he did not, because his loving spirit and legacy will always be with us.

Dennis was preceded in death by his brother Charles (Willy) Saylor, Jr.

He is survived by his wife, Carol Sadeckas.  He is also survived by his siblings, Patty Jacobs, Carol Dyer, Robert Saylor (Pamela) and Preston Saylor (Estelle), as well as many beloved nieces and nephews.

Dennis’s wish was to be cremated.  Friends are invited to attend a Celebration of Life Service on Friday, January 6, at 10:00 a.m. at St John’s Evangelical Lutheran Church in Creagerstown, MD, 8619 Blacks Mill Road, Thurmont, MD.

Arrangements are being made by Stauffer Funeral home and expressions of sympathy may be offered to the family at StaufferFuneralHome.com.

Memorial contributions can be made to the City of Hope, Duarte, CA., and the American Cancer Society.

To order memorial trees or send flowers to the family in memory of Dennis Edwin Saylor, please visit our flower store.