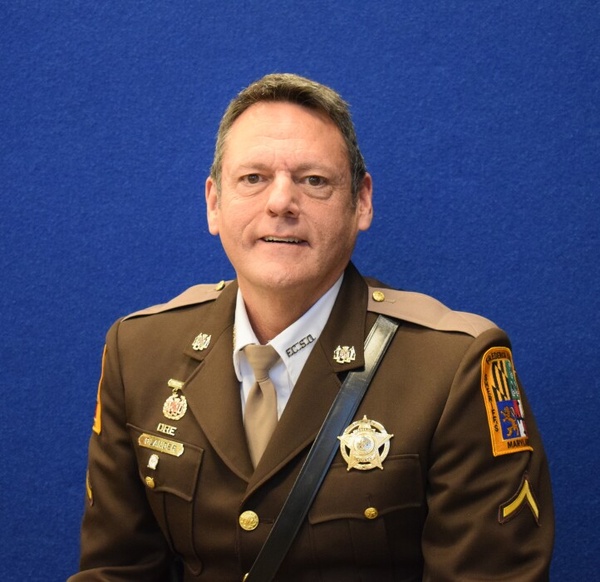 Kenneth Charles Olander, also known to friends and loved ones as Kenny O, Casey and Ken, went to be with the Lord on Wednesday, March 2, 2022.

Born in Salt Lake City, Utah to Colonel Leroy Hugh Olander and Mary Elizabeth (Linschoten) Olander , the Olander family lived in many different places but Ken's fondest memories include attending high school in Germany and being the last graduating class at Heidelberg Castle.

It was in Germany where Ken discovered his love of cycling, where he tried out for a German road cycling club as a teenager and has been biking ever since.

Following in his father’s footsteps, Ken enlisted in the Army and served for six years. After working as a military police officer he decided to shift his passion of protecting and serving to his local community with the Frederick County Sheriff's Office.

Over his 32 years of service, he served in a specialty task force as a narcotics detective and in numerous other capacities including as a patrol operations deputy, the traffic unit, and most recently as the community deputy for Myersville. He was a long time certified Drug Recognition Expert (DRE) and instructor and served as the lead representative for the agency.

Deputy First Class Olander had a passion for keeping his community safe and passing along superior morals and standards to the next generation of law enforcement through training. He served as a state certified police instructor with specialization in DUI enforcement, Firearms, Drug Recognition Expert, Standardized Field Sobriety Training and Specialized Police Bicycle Unit.

Ken enjoyed road cycling daily and being a father.

He is survived by wife, Samantha Felicia Olander, mother, Mary Elizabeth Olander and his children Bailey, Hugh and their newest addition Sophia, born February 18, 2022 and because of his illness, was never able to meet his daughter.

Due to the family’s unexpected loss, the family request assistance in covering funeral costs and the education and future for their children. Donations may be made directly to the family or at www.Givesendgo.com/olanders.

To order memorial trees or send flowers to the family in memory of DFC Kenneth Olander, please visit our flower store.