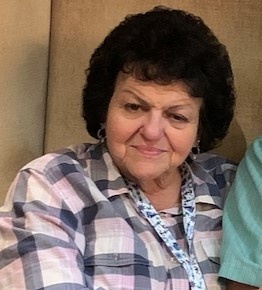 Diana Lee Davis, 73, of Mount Airy, Maryland, passed away on Wednesday, January 19, 2022 at Frederick Health Hospital. She was the beloved wife of 53 years to Ralph Davis.

Born on May 13th in Washington DC, she was the daughter of the late Mary (Chambers) Labofish. Hilda Davis (Ralph’s sister) introduced the two and they married while Ralph was on a short leave from military service. Diana worked for more than 30 years at State Farm until her retirement. She enjoyed greatly her volunteer activities with Skate Frederick and American Arbitration Forums. Her family brought her immeasurable joy.

In addition to her husband Ralph, she is survived by her two daughters, Kristy Marsh and husband Reggie and Stacy Mogle; grandchildren, Morgan Davis, Conner Marsh, Sydney Marsh, Grant Marsh and Julianne Mogle.. She is also survived by her siblings, Bill Labofish and Sharon Perry.

In addition to her parents, she was preceded in death by her sisters Joanne Labofish and Judy Labofish.

A celebration of her life’s journey will be held at 2:30 pm on Thursday, January 27, 2022 at Stauffer Funeral Homes, 1621 Opossumtown Pike, Frederick with a gathering to follow at the funeral home. Pawmaw would want you to be comfortable, so please come as you are.

In lieu of flowers, memorial donations may be made to St. Jude’s Children’s Hospital.

To order memorial trees or send flowers to the family in memory of Diana Davis, please visit our flower store.