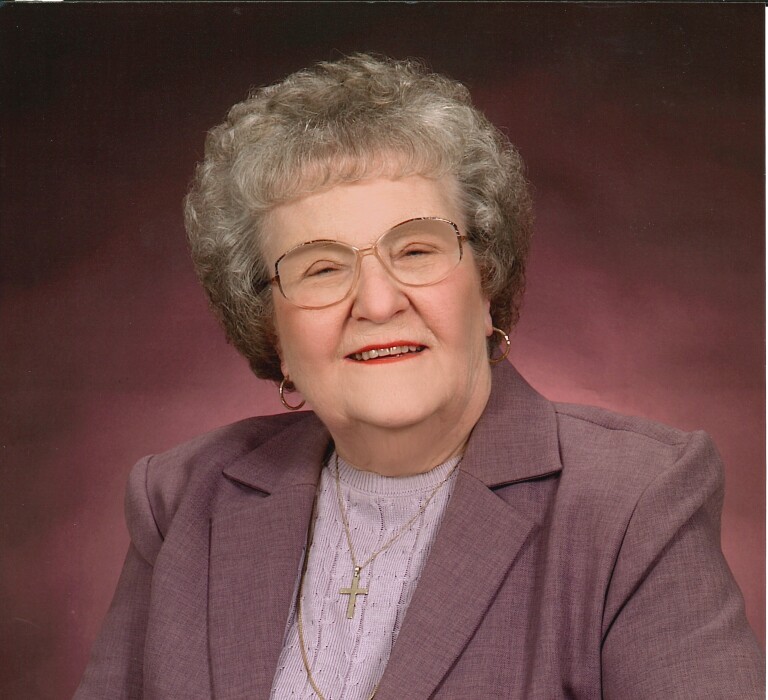 Doris June Robertson, 96 of Wheaton, MD passed away Monday, May 17, 2021 at Frederick Hospital with her daughter, Sharon, at her side. Born in Connellsville, PA on January 3, 1925, she was the daughter of the late Cora King.

She grew up on the family farm and then moved to D.C. with her best friend Diane.  She worked over 30 years for C&P Telephone Company, later known as Verizon, first as a Telephone Operator and then in Network Services. She also worked briefly as an Assistant Manager of a ladies clothing store.

June met her beloved Tommy on a blind date in March 1954.  They were engaged in June and married on October 2 nd the same year.  Two people were never more devoted to each other.

June loved to cook and bake.  Everyone enjoyed dining on anything she prepared. Gardening in her beautiful yard was one of her other favorite hobbies. She was a member of Hughes United Methodist Church since 1957 working as the Wedding Coordinator for 16 years. She was a member of the church choir and the Friendship Circle.  She was a devoted wife, mother, and grandmother who more than anything cherished spending time with her family, especially her grandchildren.

Her final two years, she was cared for by the wonderful staff at Lorien, Mt. Airy Assisted Living.  There she attended sing-a-longs, played Bingo, received therapy, and enjoyed arts and crafts. Her family was able to create special memories with her while she was there.

She joins the love of her life, her husband, Thomas Robertson who passed away 28 years prior. She was predeceased by her sisters Barbara Schomer, Betty Kelso and Elizabeth Williams and brothers Bob Striner and Fred Striner as well as her many dogs who she dearly loved.

She is survived by her daughter Sharon Powell and her husband John as well as her grandchildren Carl and Christina. She is also survived by her brother Jack Striner of Connellsville and her sister-in-law Barbara Striner who was more like a sister to her.  She leaves behind many nieces, nephews, and other relatives, as well as Sharon’s in-laws Kathy and Jack Powell who were regarded by her as immediate family.

Friends will be received at the Stauffer Funeral Home, in Mt. Airy, MD on Monday, May 24, 2021 at 10 am.  A service will be held at 11 am with Pastor John Rudisill officiating. Interment will follow at Norbeck Memorial Gardens.

To order memorial trees or send flowers to the family in memory of Doris Robertson, please visit our flower store.