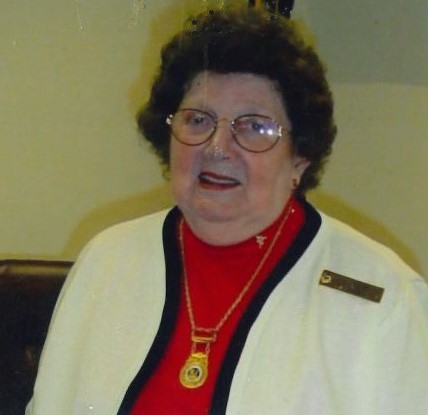 On Thursday, September 23, 2021 Dorothy L. Polan, 91, went to heaven to be with her heavenly father. She was born on April 26, 1930, in Brunswick, MD, and was the daughter of the late Charles A. Roberson (a railroader) and Hazel Dean Roberson. Dorothy was the last surviving member on the Roberson side of her family.

Dorothy graduated from the Class of 1948 at Brunswick High School. She was first married to Henry Conner and, together, they had four sons, Artie and the late, Lee, Denny, and Ronnie. Her second marriage was to William Polan and through their union she gained three step children, Cindy, Sue, and Bill. Dorothy had a foster child, Julie Broadway, whom she thought of and loved as her own. Dorothy was very proud of the fact that Julie was a member of the United States Air Force.

Her working career spanned many years. Dorothy worked in the cafeteria of Brunswick High School, at the electric plant in Point of Rocks, and at the sewing factory in Brunswick. While living in Cumberland, MD, she worked at Hill's Department Store for 22 years until her retirement. After she retired, she moved back to the Brunswick House. Dorothy was a proud member of Eagles, Legion, Cumberland VFW, and the Red Men's Club, where she served as Great Pocahontas of Maryland.

Services will be held at 10:30 am on Tuesday, September 28, 2021, at Stauffer Funeral Home in Brunswick with Pastor Amy Clark officiating. Dorothy will be laid to rest next to her husband, Bill, at Hillcrest Burial Park, 10901 Mason Road NE, Cumberland, MD 21502. Pallbearers will be RC Conner, DJ Conner, Weston Plummer, Butch Payne, Rex Wentzell, and David Anders. Serving as honorary pallbearers are Ronnie Conner and Roxi Plummer.

Memorial donations may be made, in Dorothy's name, to Grace Episcopal Church 114 E A Street, Brunswick, MD, 21716.

To order memorial trees or send flowers to the family in memory of Dorothy Polan, please visit our flower store.