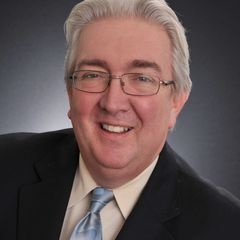 Douglas Thomas Pritchard of Monrovia, MD, passed away on Friday, September 17, 2021. Married to Marty since December 29, 1985, the two were devoted to each other for over 40 years. Doug was father to Steven Myers and proud and loving grandparent to Joshua Carroll and Sophia Emily Grace.  They were his whole heart.
Born September 6, 1957 in Ft Wayne Indiana, he was known for his ability to talk to anyone about anything, he will be missed by many, including his niece Sierra Myers with whom he had crazy adventures, his best friend Wayne Grunberg who he loved grabbing coffee and going fishing with, and his brothers Brian, Glenn and David Pritchard, their spouses and children.  He was preceded in death by his parents Howard and Carol Pritchard.
Doug and Marty lived in the DC area for over 40 years, were very active in the Real Estate community, working with Century 21 Real Estate for over 30 years, and helped with many charities such as Easter Seals.  Doug loved to help others and was always willing to teach someone if there was knowledge he could share. He was a mentor and friend, always there for others.  His family was made of more than just blood, it was all of the special people in his life. Agents, clients, friends alike. You all meant the world to him and he loved his family more than they will ever know.
Friends and business associates are asked to share memories of Doug with his family by sending them to MemoriesofDougP@gmail.com
The family will receive friends from 6-8 PM on Thursday, September 23, at Stauffer Funeral Home, 1621 Opossumtown Pike, Frederick, MD 21702, where a funeral service will be held at 1:00 PM on Saturday, September 25 at 1:00 PM. Interment will take place in Pennsylvania at a later date.
To order memorial trees or send flowers to the family in memory of Douglas Pritchard, please visit our flower store.