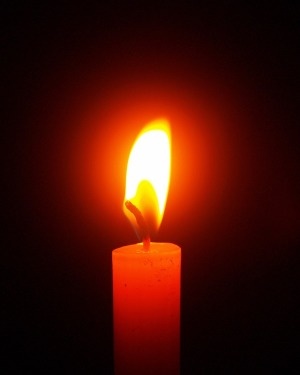 Dr. James P. Heppner, 94
Space Physics Pioneer
Dr. James P. Heppner, 94 who was both project manager and principal scientist for the first satellite built at NASA’s Goddard Space Flight Center, Explorer-10, died on August 31, 2021 from natural causes at his home. Dr. Heppner was extremely proud of his professional accomplishments in the field of geophysics focusing on space explorations. Explorer-10, with an apogee of 180,000 miles, made the first measurements of solar magnetic fields and solar wind particles outside the earth’s magnetosphere.
Earlier, at the Naval Research Laboratory, Dr. Heppner’s 1956 proposal for satellite magnetic field measurements using a newly developed proton precession magnetometer was selected for flight under Project Vanguard, the U.S’s initial satellite program. This led to two magnetic field satellites, Vanguard SLV-5 which failed to orbit and Vangaurd-3 in 1959 which was highly successful in mapping the magnetic field and recording more than a thousand radio waves produced by lightning at the earth’s surface. Following the Vanguard and Explorer-10 satellites Dr. Heppner and associates continued magnetic field studies on numerous satellites using fluxgate and optical pumping Rb-vapor magnetometers. Replicas of the SLV-5, Vanguard-3, and Explorer-10 satellites now hang in the Smithsonian Air and Space Museum.
In 1962-1963 he served as a technical advisor to the delegation to implement the “Bilateral Space Agreement” between the US and USSR. This was an enjoyable diversion with meetings in Geneva, Rome and Madrid.
In 1964-1966 Dr. Heppner and co-workers-initiated NASA projects for measuring electric fields in space using two very different techniques. One approach used pairs of long booms and measured the voltage differences between their tip sections. The other technique, originally demonstrated by German scientists, involved explosively releasing clouds of barium vapor which ionized and emitted light in sunlight. Electric fields were measured by photographically tracking the motion of the luminous ionized clouds trapped by the magnetic field. Both techniques were subsequently used extensively in sounding rocket and satellite investigations.
In parallel with satellite projects, between 1956 and 1989 Dr. Heppner also used 60 high altitude sounding rockets to study phenomena in and above the ionosphere. With particular emphasis on the cause and behavior of aurora, these launches from rocket ranges in the U.S., Canada and Norway also took place from temporary launch sites that he had installed at three DEWline stations on the arctic coast.
He was particularly proud of the “Cameo” experiment in 1978 which he named after his farm, Cameo Farm, but also stood for “Chemically Active Material Ejected in Orbit”. In this project four barium ion clouds were created in orbit at an altitude of 600 miles at latitude 75-80 deg. North of Alaska. Magnetic and electric forces propelled these luminous clouds away from the earth along magnetic field lines where they were photographically tracked to altitudes of 14,000 miles from sites in Hawaii and California.
He received a bachelor of physics degree from the University of Minnesota in 1948 and a MS and PhD degrees in geophysics from the California Institute of Technology in 1950 and 1954. Between Caltech degrees he also conducted research centered on the aurora and associated phenomena as an employee of the University of Alaska.
Following retirement from NASA in 1989 he was employed by BDM International and Hughes STX Corp. supporting NASA programs until 1996. He then devoted full time to his interests in farming which centered on breeding Charolais beef cattle. This enterprise, named Cameo Farm, began with his sons 4-H projects in the 1970’s while living on acreage in the Silver Spring suburbs. Although his sons lost interest he continued to breed and show cattle at a local and national level for many years. Cameo Farm activities expanded in 1981 with the purchase of a farm in New Market, Md. Where he continued cattle operations until 2010.
His family embraces his wife of 66 years, Edith Summa Heppner, son Alex J. Heppner and daughter-in-law Lynn of McKinny, Tx; daughter Annet Ridgeway and son-in-law Richard of Libertytown, Md.; son Peter W. Heppner (deceased 2021) and daughter-in-law Diane of Walkersville, Md.; and eight grandchildren: Kristin Heppner Long, Julie Heppner Gorman, Matthew Heppner, Becky Ridgeway, Richard Ridgeway Jr., Drew Ridgeway, Kyle Heppner, Nicole Heppner DeMattia and 3 great-grandchildren.

To order memorial trees or send flowers to the family in memory of Dr. James Heppner, please visit our flower store.